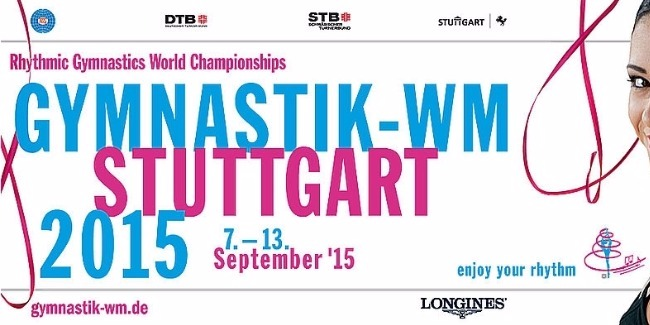 Namely, 12 times, Marina Durunda has performed without any loss in her exercises at the Rhythmic Gymnastics World Championships are being held in German Stuttgart. 4 times, she executed the routines in a team competition together with Zeynep Celep, and, Ayshan Bayramova, who first experienced the tense atmosphere of the world events. Following the example set by the team’s leader, Ayshan and Zeynep demonstrated equally stable performances. In a team competition, Azerbaijan is at the top five.

According to the results of qualifications, Marina reached all 4 finals. She secured for herself the 6th place in the finals with a hoop, clubs and a ribbon. And, in the exercises with a ball, she became the 7th.

Finally, in total of 4 exercises of the all-around final, Marina took the 6th place and qualified for the Rio 2016 Olympic Games on September 11.

This is the first Olympic qualification of Marina who commenced her performances in a senior program on the international arena just in 2013. In the course of 3 years, the gymnast was distinguished by stability, which paved her way to Rio.

Marina, the silver medalist of the Baku 2015 1st European Games, the bronze medalist of the 2015 European Championships, competed with dignity at the year’s major event – at the World Championships within 5 days as well. Her performances were characterized with confidence, gracefulness, movements’ ease and faultless stability both in the qualification and finals.

We congratulate on Marina’s qualification for the Olympic Games the united team, led by the Head Coach of the National Team, Mariana Vasileva, as well as the Azerbaijani young rhythmic gymnastics school developing before our eyes!