21 MEDALS FROM THE BANKS OF THE DANUBE 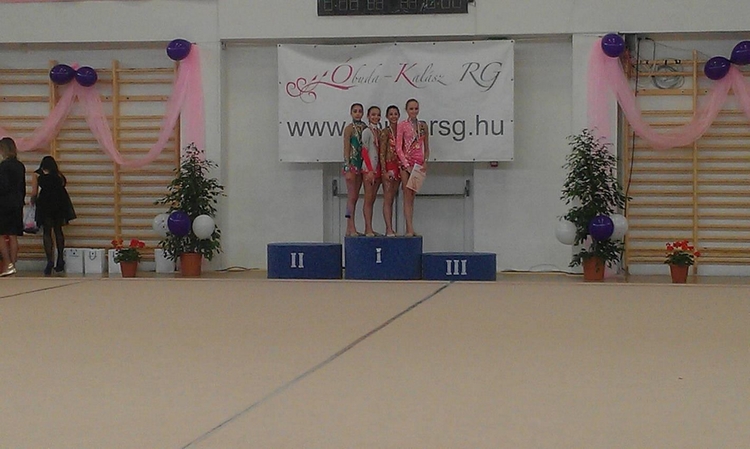 Information that there would be held the “Super Cup” Rhythmic Gymnastics International Tournament in Budapest within the third ten-day period of this year’s fourth month, had only been known in the capital of Hungary itself and Siofok city on the southern bank of Lake Balaton, as well as in bordering Austria and Ukraine.

As to the event’s results, they became known not only in the countries of the Eastern Europe but also in the states populating the whole continent since the gymnasts from Baku – the capital of the forthcoming Eurovision-2012 Song Contest – won most of the medals.

According to the press service of Azerbaijan Gymnastics Federation, 14-15-year-old junior gymnasts have the lion’s share of prey – 13 medals, the main of which is the “gold” in a team competition (Mansura Bagiyeva, Marina Durunda, Gulsum Shafizada and Nilufar Niftaliyeva).

In addition, Bagiyeva unconditionally won a victory in the final with a hoop, Durunda “had a talk” with a ball better than all her rivals, Shafizada – demonstrated some first-rate performance with a ribbon and only Niftaliyeva became the second with clubs.

Their younger team-mates did not remain without medals of the hospitable Hungarian land as well. So, Zhala Piriyeva (born in 2000) won a victory in the all-around and in the final with a ball, as well as got “silver” for her exercises with a hoop and a ribbon.

A gymnast of the same age Zuleykha Ismayilova experienced a joy of victory only in the final with a ribbon. She was destined to take the second place with a ball. And a hoop and the all-around presented bronze medals to the junior gymnast.

As to the senior gymnasts’ competitions, Zeynab Javadli who returned to the ranks made us happy here. She has two “silvers” with a hoop and a ribbon on her credit side. Unlike her more experienced team-mate, Lala Yusifova has a full set: two first places (a hoop and a ribbon), two second ones (the all-around and a ball) and the bronze with clubs.

The gymnast mounted the podium once was Aysha Mustafayeva – the third place with a ball.

The national team’s head coach expressed her content with her gymnasts’ Hungarian results. “On the threshold of the European Championships, our juniors not only performed well but were also valued by specialists with very high points. Making her debut within the country’s national team, Marina Durunda got two gold medals and the high point for the ball – 26.885. After one year’s interval, Aysha Mustafayeva made clear that the coach’s corps can count on her in future as well. Zeynab Javadli has appeared on the floor again and it gave optimism to us and Lala Yusifova proved that she is growing with every tournament and already acquiring a name for herself. I am sure that there will be more incentive within the national team after this event,” the Bulgarian specialist summed up.