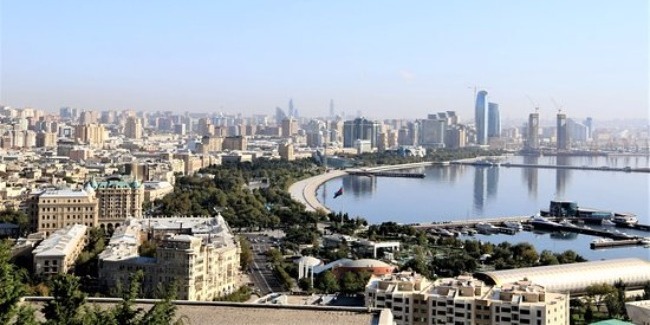 BAKU (AZE) - LAUSANNE (SUI), FIG Office, May 12, 2009: One of the major international competitions of the new Olympic cycle will be held in the city of Baku, stage of the 25th Rhythmic Gymnastics European Championships. The event is a milestone on the road the World Championships to be held in Mie (JPN) in September 2009.

The 75 individual gymnasts registered in Baku will compete in a qualification round, which includes the four apparatus rope, ball, ribbon and hoop. This competition will designate the Team European champions and the finalists for the All Around and the Apparatus finals.

In the Sports Palace in Baku, there will be many new faces – as it is always the case at the beginning of a new Olympic cycle. However, the present “stars” will be on the stage with the Russian trio composed of Evgenia Kanaeva (Olympic and European Champion in Turin 2008), Vera Sessina and Olga Kapranova (bronze medallist in Turin 2008). Ukraine can always count on Anna Bessonova (bronze medallist in Beijing, World Champion 2007 and silver medallist in Turin) and presents two new gymnasts: Alina Masimenko (1991) and Daria Kusherova (1992). The reserve gymnast Ganna Rizatdinova was qualified for two finals last year in the junior event in Turin.

Belarus will participate with Liubov Charkashyna (11th in Turin), the “older” gymnast Svetlana Rudalova and Melina Staniouta (double silver medallist 2008 as a junior). Still with regard to Turin 2008, Bulgaria has a new team composed of Silvja Miteva (1986), Bilyana Prodanova (1991) and Monika Mincheva (1990). Julieta Cantaluppi (1985) the most experienced gymnast of the Italian team will compete with Chiara Ianni (1991) and Alicata Terranova (1992). For Austria of course Caroline Weber (1986) will compete; she has already participated in the first competitions of this season (currently 4th of the World Cup). France will be represented only by one gymnast, Delphine Ledoux, finalist of the all around competition in Turin.

No individual gymnast for Germany, but one juniors group. Israel hopes for a good performance from Irina Rizensohn (1988, 9th in Beijing and 8th in Turin) and Neta Rivkin, (1991, 11th in Turin). 13th in Turin, the elegant polish gymnast Joanna Mitrosz (1988) will be accompanied by Angelika Paradowska (1992) a newcomer.

For the first time in more than 10 years, we will not see the Spanish Almudena Cid anymore, who ended her long career last year. Spain announces Carolina Rodriguez (1986) and Marina Fernandez (1991).

Last but not least, Azerbaijan, the host country, will be the nation to beat! In addition to its confirmed gymnasts Aliya Garayeva (1988, 6th in Beijing) and Anna Gurbanova (1986), they can count on two young very promising gymnasts Zeynab Javadli (1991) and Samira Mustafaeva (1993) who have obtained this spring interesting results at the international tournaments.