3 MEDALS FROM THE “SEA CUP” 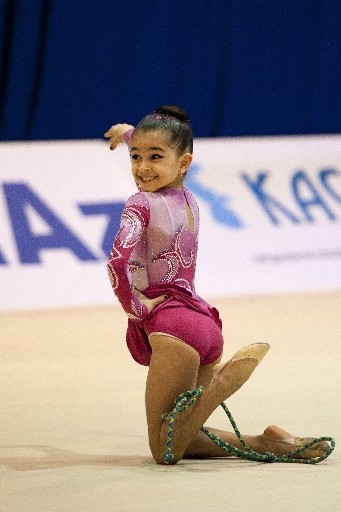 According to the press service of Azerbaijan Gymnastics Federation, a 10-year-old gymnast from Baku Gymnastics School Vafa Hasanzada became the silver medalist in the all-around. Having performed with three apparatus in her age group, she received 65.15 points in total taking almost 1 point lead over a Russian representative. Here, a victory was won by a local gymnast from “Maccabi” club.

Two other awards were won by Ilaha Mammadova (born in 2001).

She got “bronzes” for an exercise with a hoop and for the composition executed without apparatus. In an individual all-round, the 11-year-old sportswoman ranked the 6th. It is remarkable that the top five places were taken by Russians in the given age group.

In total, 170 gymnasts from 12 countries competed in the vents of the Sea Cup included into the calendar of the International Gymnastics Federation.