5TH PLACE WITH A BALTIC RIBBON 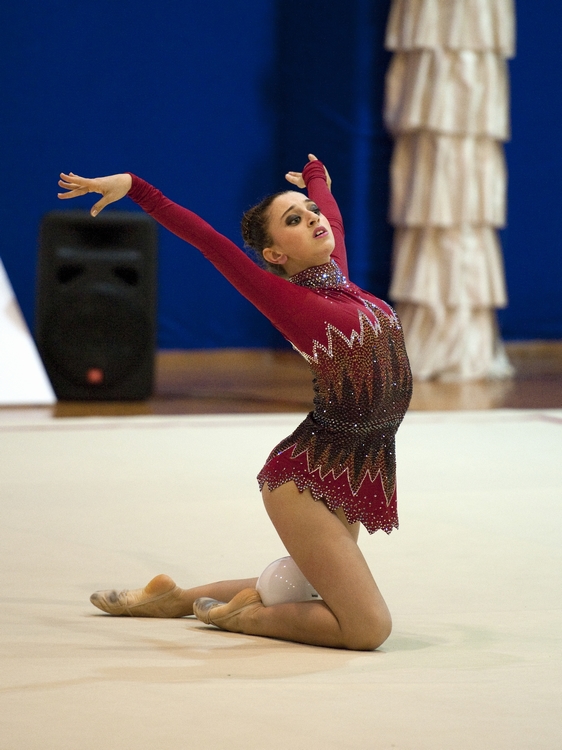 An Azerbaijani gymnast Lala Yusifova has taken the 5th place at the “Baltic Hoop” traditional international tournament held in Riga.
According to the press service of Azerbaijan Gymnastics Federation, this result was shown by the 16-year-old gymnast of the Republican Complex Sports School in the final with a ribbon. She became the 8th in exercises with a hoop and a ball, as well as in the all-around.
“Lala’s results shown in Riga are quite good,” head coach of the national team Mariana Vasileva thinks. With very strong contest, she became the 5th with a ribbon after Russians Yevgeniya Kanayeva and Aleksandra Merkulova, as well as Belarusians Melitina Stanyuta and Lyubov Cherkashina. So, I am very content with her performances at this stage.
And Lala Yusifova will set out for Kiev to take part in the World Cup series this week-end (March 16-18) where gymnasts from 46 countries to perform. Together with her, another 4 junior gymnasts – Mansura Bagiyeva and Yekaterina Prokopenko (both born in 1997), and Gulsum Shafizada and Nilufar Niftaliyeva (both born in 1998) – will also arrive in the capital of Ukraine to participate in the event among juniors to be held at the same time.