7 MEDALS FROM KIEV AND 1 FINAL FROM SOFIA 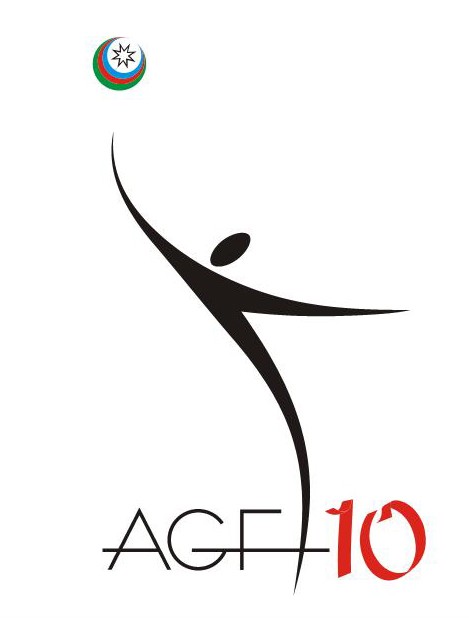 The European Football Championships Final stage to start on the green fields of Ukraine and Poland in a month, where, as it is known, our national team has not reached. But our representatives of another Olympic sports discipline, which is equally popular at those parts of the world managed to perform in Kiev and even to establish a successful reputation in the finals!

According to the press service of Azerbaijan Gymnastics Federation, the country’s junior sportswomen won 7 medals, 4 of which with “silver” tints. A 15 year-old Bahar Asgarova won the second place in the all-around and also competed in two finals where she showed her best result with clubs – the 4th place.

Zohra Aghamirova (born in 2001) also became the second in the all-around and won the “bronze” with a ball.

The third “silver” in the all-around was taken by an 8-year-old Arzu Jalilova and the gymnasts of the same age Zarniyar Aliyeva won the “bronze” in the same kind of program, and the “silver” with a rope, and Zarifa Bashirova became the third one with a ball.

As it was noted by Nurjahan Asgarova, the gymnasts’ coach, at the time when Kiev was breathing and living with the idea of the forthcoming football festival, true connoisseurs of this graceful sports discipline practically crowded the competition hall out in the course of the whole week-end. “And I must mention that every appearance on the floor, the gymnasts’ every successful execution of exercises, and, especially, our gymnasts’ performances were being met with great ovations,” she said.

Azerbaijani gymnasts were also being applauded for their performances in another European capital – Sofia where the World Cup series took place. The country’s group team qualified for the final with 5 balls where it closed the list of eight strong gymnasts as it was also a day ago in the all-around.

According to the national team’s head coach, Mariana Vasileva, she was content with the group team’s performance in the final. “In spite of the fact that the collective was re-established 3 months ago, the girls demonstrated spectacular and effective performance. As to the individual gymnasts, Lala Yusifova took the place within the second group of ten, though she received higher points in comparison with the last World Cup series,” the coach noted.

This week-end, Yusifova as well as the national team’s leader, Aliya Garayeva, will perform at the next World Cup series to be held in France, and Aysha Mustafayeva and Sabina Garatova will take part in the international tournament to be held in Georgia.