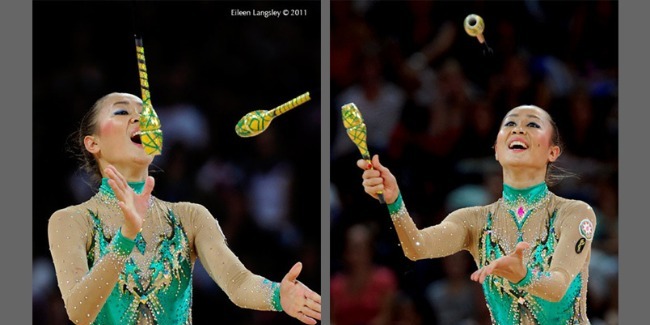 The first sets of medals were won on the competitions’ second day at the Rhythmic Gymnastics World Championships in French Montpellier.

According to the press service of Azerbaijan Gymnastics Federation, there were defined winners with a hoop and a ball in the tournament of individual gymnasts. An Azerbaijani gymnast Aliya Garayeva reached both finals.

In the final with a hoop, Aliya received 27.625 points and took the 7th place. Russians Yevgeniya Kanayeva and Darya Kondakova, as well as an Israeli Neta Rivkin were in the top three. In the exercise with a ball, the Azerbaijani gymnast became the 6th with 27.6 points. Here, the first two places were also won by Kanayeva and Kondakova, and a Belarusian Lyubov Cherkashina became a bronze medalist.

Qualifications with clubs and a ribbon will start today. Azerbaijani gymnasts (Anna Gurbanova, Zeynab Javadli and Aliya Garayeva) will demonstrate their performances with clubs.