A STEP AWAY FROM FRENCH “BRONZE” 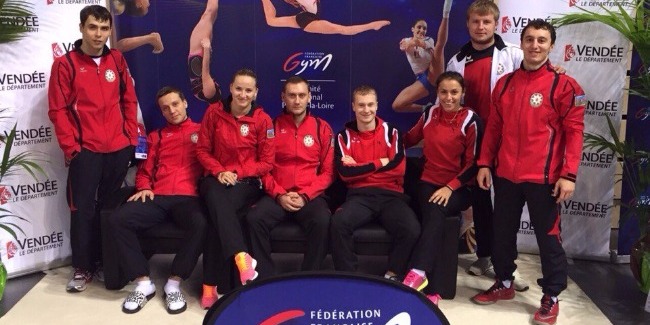 There has come to the end the World Cup in Trampoline Gymnastics and Tumbling held in small Mouilleron le Captif town located in the north-west of France. Athletes from 25 countries took part in two-day event held at “Vendéspace” Sport-Concert Complex.

At the World Cup, Azerbaijan was represented at the competitions in trampoline gymnastics in individual and synchronized exercises, both among men and women.

The best result was shown by a synchro pair consisting of Sviatlana Makshtarova and Sabina Zaitseva. According to the qualification results, the pair reached the final where took the 4th place.

We would like to mention that our jumpers will take part in the year’s last World Cup series to be held in Portuguese Loulé on October 30-31 prior to the World Championships in Trampoline Gymnastics in November (Odense, Denmark, November 26-29).