ACROBATICS AND AEROBICS – ARE IN THE PROGRAM OF THE EUROPEAN GAMES IN BAKU! 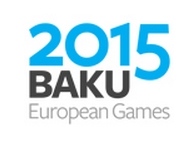 According to the press service of Azerbaijan Gymnastics Federation, such a decision has jointly been made by the European Olympic Committee (EOC) and Baku European Games Operational Committee (BEGOC).

Mixed pairs and women’s groups will be presented at the competitions in acrobatics. In the tournament in aerobics, mixed duets and groups of five gymnasts will perform as well. Moreover, the qualification for the Games-2015 in aerobics will start very soon - it will take place at the European Championships in France in November.

Thus, gymnastics at the Euro Games in Baku will be presented by 6 disciplines: rhythmic gymnastics, men's and women's artistic gymnastics, trampoline, acrobatics and aerobics. The competitions will be held at the National Gymnastics Arena from June 12 to June 28, 2015.

It should be mentioned that Georges Guelzec, the president of the European Union of Gymnastics, expressed his wish for inclusion of acrobatics and aerobics into the Olympic Games program during his recent visit to Baku. According to him, these two disciplines will give a special appeal to the gymnastic events in particular and to the Games as a whole.