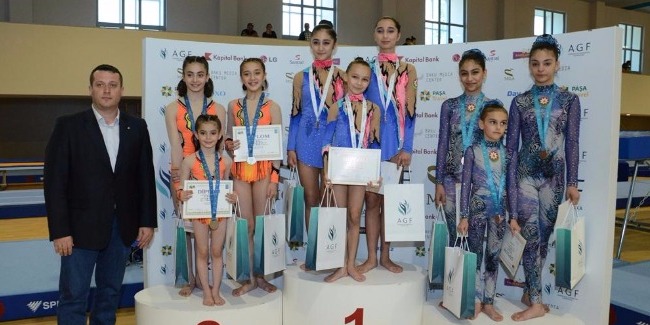 Azerbaijan and Baku Championship among Age Categories in Acrobatic Gymnastics took place at Sports-Concert Complex named after Heydar Aliyev on May 20 and 21.

Following the tournament, young beginner gymnasts put an end to the two-day events’ excitement with their exhibit performances.

The more detailed results of the events are available at official website of Azerbaijan Gymnastics Federation (www.agf.az).