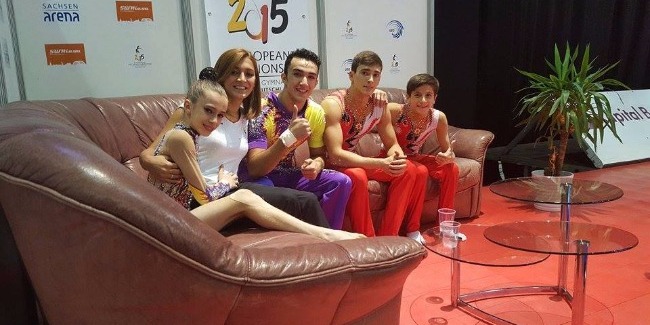 There have come to an end the European Age Group Competitions in Acrobatic Gymnastics in German Riesa city.

Our country was represented by men’s and mixed pairs in age group consisting of gymnasts aged 12-18.

Both pairs successfully performed in the tournament.

Having demonstrated a final combined exercise and received 27.650 points from the judges, a men’s pair consisting of Seymur Jafarov and Murad Akparov won the “silver”. Our pair was just 0.3 points behind from the Russian duet taken the 1st place. And Belarusian representatives ranked third.

A mixed pair – Aghasif Rahimov and Nurjan Jabbarli – became the bronze medalist. In this category, the 1st and 2nd places were taken by gymnasts from Portugal and Russia accordingly.

Azerbaijani acrobats have achieved high result at this kind of event for the first time in history.

We congratulate acrobats, coaches for the worthy contest and result having great importance for whole gymnastics community.