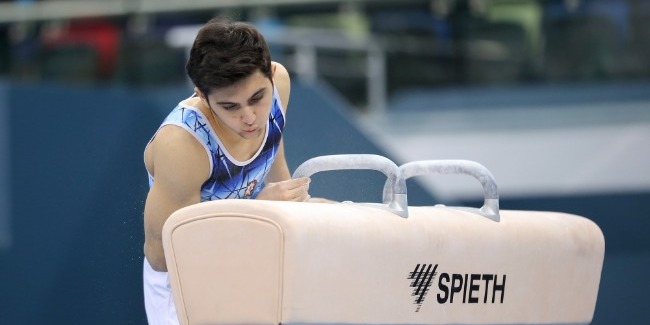 The first day of the competition of the 1st AGF Junior Trophy International Tournament in Men's Artistic Gymnastics kicked off at  Milli Gimnastika Arenasi  (MGA, National Gymnastics Arena) in Baku on March 7.

There will be held qualification competitions on the first day and names of the finalists will be revealed.

The winners in the team classification and individual all-around competition will be determined.

The AGF Junior Trophy will be a test tournament for young gymnasts ahead of the European Championships in Men's Artistic Gymnastics, which will be held on May 27-31 at the National Gymnastics Arena.

Azerbaijani gymnast Samad Mammadli will also perform in the tournament out of the competition program.