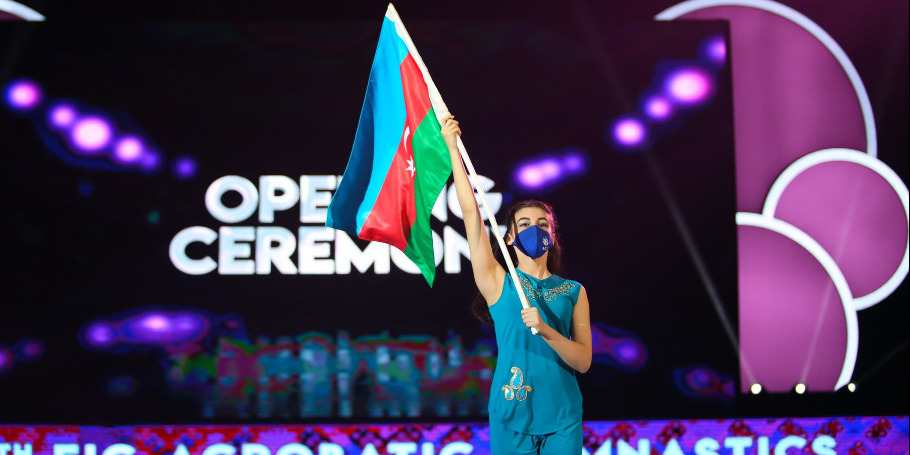 On March 10, the 28th FIG Acrobatic Gymnastics World Championships started in Baku. The Opening Ceremony of the World Championships held at “Milli Gimnastika Arenasi” (National Gymnastics Arena) was attended by Minister of Youth and Sports of the Republic of Azerbaijan - Farid Gayibov and the President of the International Gymnastics Federation (FIG) - Morinari Watanabe.
Speaking at the Ceremony, Minister of Youth and Sports - Farid Gayibov emphasized that sports policy in Azerbaijan was successfully implemented under the leadership of President Mr. Ilham Aliyev. He stated that major competitions in various disciplines had been successfully organized in our country and holding events in Gymnastics disciplines had become a tradition.
Mentioning the fact that Azerbaijan Gymnastics Federation (AGF) was active on the International Arena, Farid Gayibov expressed his gratitude to President of AGF Mrs. Mehriban xanim Aliyeva for the work carried out for the development of Gymnastics disciplines.
President of the International Gymnastics Federation (FIG) - Morinari Watanabe expressed his content with the organization of the 28th FIG Acrobatic Gymnastics World Championships in Baku. He thanked everyone who worked hard to organize the competitions at a high level.
It should be mentioned that 170 gymnasts from 17 countries will participate in the competitions. During the 4-day competitions, gymnasts will compete within Women's Pairs, Men's Pairs, Mixed Pairs, Women's Groups, Men's Groups in Balance, Dynamic & Combined exercises.
Our country will be represented by European Champions among juniors - Daniel Abbasov and Murad Rafiyev, winners of International tournaments - Sabir Aghayev and Mehriban Salamova, Silver and Bronze medalists of the European Championships among seniors - Aghasif Rahimov and Raziya Seyidli.
Our country hosted the FIG Acrobatic Gymnastics World Cup in 2018 for the first time and the 12th World Age Group Competitions in this Gymnastics discipline on March 3-6 this year. 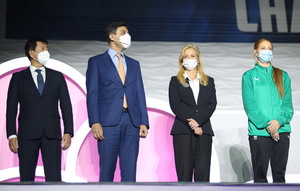 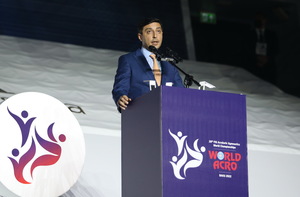 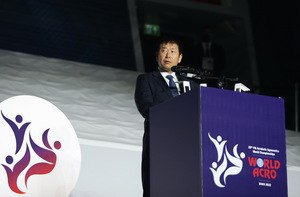