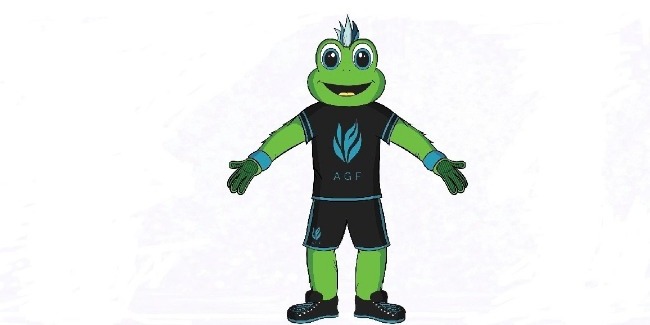 Azerbaijan Gymnastics Federation is happy to announce a special addition for the European Trampoline Championships. You won’t want to miss our 180cm tall, fuzzy, green frog named “Gur-Gur” that will be performing throughout the Championships. To bring Gur-Gur to life, the AGF has enlisted the services of long-time American mascot professionals, Scott Hesington and Barry Anderson.

Scott Hesington has spent 24 years as a mascot across many sports, but most notably known for his time performing as STUFF from the Orlando Magic and HOOPER from the Detroit Pistons, both of the NBA. After a career filled with numerous awards and honors within the industry, he recently left the NBA in order to pursue a career in stunt work on television in New York City, while also building a business - Jigsaw Entertainment - which specializes in producing world-class sporting events and consulting in sports entertainment around the world.

Barry Anderson, mostly known for his work as Benny the Bull (Chicago Bulls - NBA), comes to Baku with 17 years of mascot performance experience. His work at university and professional levels has earned him multiple mascot National Championships, as well as awards for being rated a leader in the industry by Forbes, USA Today, ESPN and GameOps.com.  Barry left the Chicago Bulls in 2016 to travel the world and do volunteer work for children in Southeast Asia.

Since moving on from the NBA, the duo has linked up to create 3-D Mascots - experts in all mascot needs, including: character design, costume engineering, marketing, performance and training for teams and businesses around the globe. The two enjoy sharing their love and knowledge of the mascot industry to other parts of the world, especially where mascots are relatively new. They are excited and honored to be invited to Baku, where they will perform as Gur-Gur using comedy, athletics, dance, crowd interaction and more. 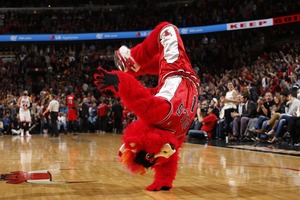