AN AZERBAIJANI GYMNAST BECOMES THE WINNER OF THE WORLD CUP IN RUSSIA! 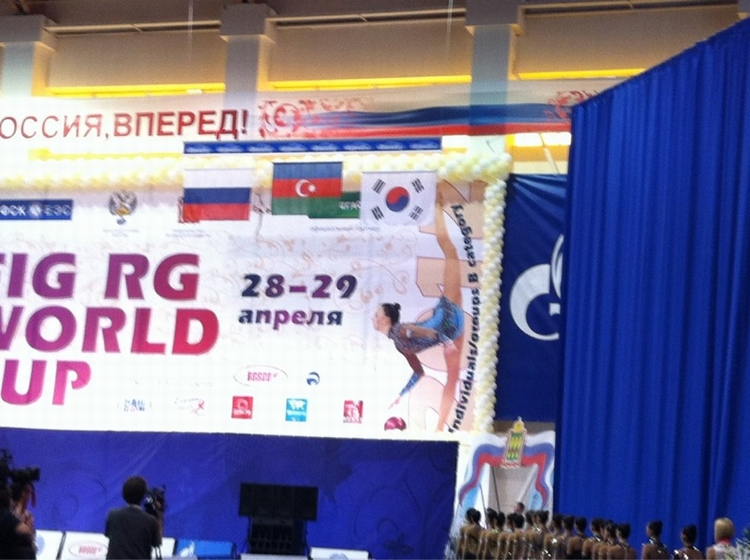 An Azerbaijani gymnast Aliya Garayeva has become the winner of the World Cup in an exercise with a hoop held in Penza (Russia)!

As it is especially emphasized by the press service of Azerbaijan Gymnastics Federation, such a gold success is recorded in the credit side of the national team’s leader for the first time in history of home gymnastics. And if bronze medals in Saturday’s all-around and Sunday’s final with a ribbon could have been forecasted in general, a victory with a round apparatus was the Olympic season’s quintessence.

“Especially if to take into account that I took the lead over the distinguished sportswomen including the World Champion, a Russian Darya Dmitriyeva who became the second,” the hero of the gymnastics occasion herself says. “I was happy to hear the country’s national anthem, the sounds of which touchingly called up pleasant memories from different events of international scale.”

“Did I expect to win a victory in the final with a hoop? I always appear on the floor with psychology of winner and with the purpose to present myself and represent the country with dignity. It is true that there were slight mistakes but they did not prevent me from ranking the first in the final.”

“And what is next? There will be held the World Cup series in France in the middle of May and then this year’s first large scale competition, and, at the same time, the last one prior to the forthcoming Olympic event – the European Championships in Nizhny Novgorod on June 1-3,” the gymnast said.

An Azerbaijani group team is also among the participants of the European Championships. Within the framework of the preparation for these competitions, the team, together with Lala Yusifova will set out for Sofia to take part in another World Cup series this week.