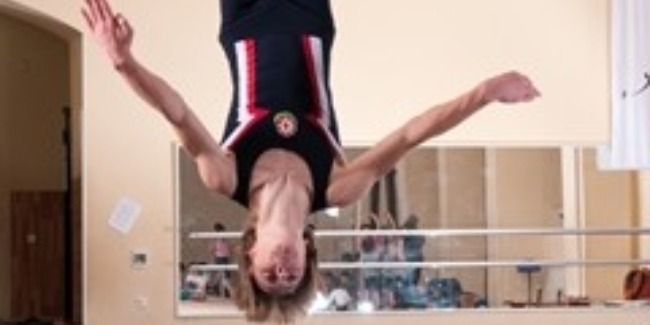 According to the press service of Azerbaijan Gymnastics Federation, the best performance among our tumblers was demonstrated by Mikhail Malkin from Baku Gymnastics School. He became the bronze medalist in the competitions of gymnasts born in 1995-96.

Malkin took the 4th place according to the qualification results, and having received 26.1 points he took the 3rd place in the final.

Only representatives of Russia took the lead over the Azerbaijani tumbler.

As to our senior sportsmen, two of them reached the final. Having taken the 8th place in the qualification, Hafiz Rzayev became the 5th in the final (34.8 points) slightly falling behind of gymnasts won 4th and 3rd places.

Before taking part in the competition, the group of four had been in the training camp in Stavropol. The year’s main tournament will be the World Championships to be held in Saint Petersburg in autumn.