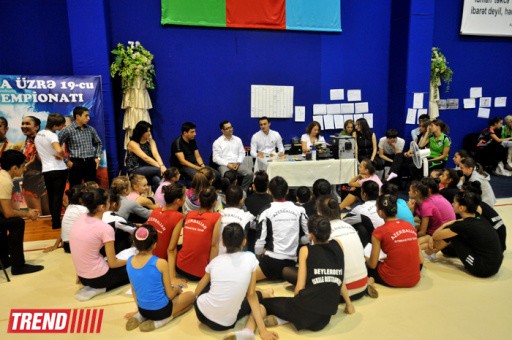 Today, an Olympic Champion Farid Mansurov met with the members of the Azerbaijani National Gymnastics Team.

The winner of the Olympic Games in Greco-Roman wrestling in the Athens-2004, Farid Mansurov, wished the gymnasts successes.

Mansurov talked about how he came to the big-time sports.

“From the moment you begin to engage in professional sport, you have only one aim – to become an Olympic Champion,” he stated.

Farid Mansurov wished every gymnast to have feelings experienced by Olympic champions.

At the end of the meeting, the Olympic Champion and members of the Azerbaijani National Gymnastics Team had their memory pictures taken.