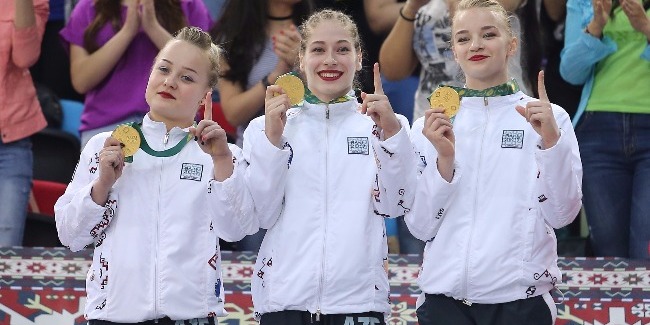 Women’s Artistic gymnasts have added another gold medal to the common medal box.

The Turkish team grabbed the silver medal (96.050 points), while the team of Indonesia received the bronze medal (68.150 points).

It should be mentioned that Azerbaijan has already received its second gold medal at gymnastics events held within the framework of the Games. Apparatus finals awaits both our Rhythmic and Artistic gymnasts ahead.