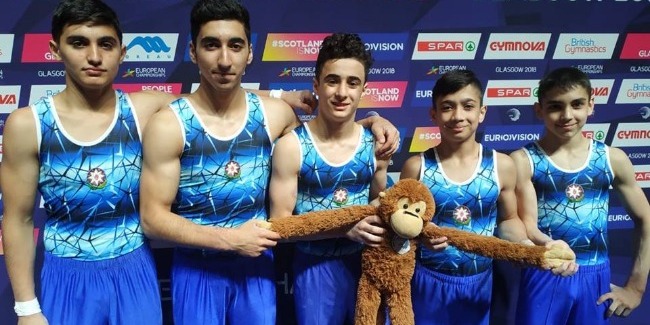 The SSE Hydro Arena, which showed off the representatives of Women’s Artistic Gymnastics last week, opened its doors for the Men's Artistic gymnasts this week. The Azerbaijani gymnasts also participated in the prestigious tournament where 151 senior and 158 junior gymnasts from 37 European countries competed in.

The best result among our gymnasts was shown by Javidan Babayev competing in the junior program. Javidan reached the final on Rings. Thus, for the first time, our country was represented in the final of the continental Championship among the juniors. Our athlete ranked 7th in the decisive stage of the tournament.

It should be noted that the European Championships, with a competition format, when senior and junior Artistic gymnasts share the Field of Play, is organized once in every two years. In the previous Championships (Bern, Switzerland, 2016), our country was represented with senior and junior gymnasts in a team competition for the first time, and ranked the 19th and 22nd (among 33 countries) accordingly. This year, our juniors significantly improved their team results and took the 12th place in the ranking.

It should be mentioned that our capital city will host the next Men's Artistic Gymnastics European Championships among Seniors and Juniors in 2020.