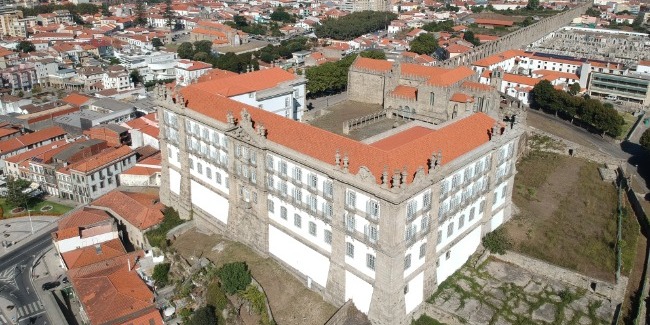 Azerbaijani sportswomen have achieved a great result at the European Championships in acrobatic gymnastics, which came to the end in Portuguese city Vila do Conde. There are three medals of all values on the credit side of our team - “gold”, “silver” and “bronze”! All three medals were brought to the Azerbaijani team’s medal box by women’s pair Ayla Ahmadova - Dilara Sultanova. They became the European champions in the final of tempo exercise having taken the lead over many strong duets. Constant rivals of Ahmadova and Sultanova - Alina Yushko and Ekaterina Murashko from Belarus, Florence Henrist and Tatjana de Vos from Belgium, Tatiana Alexeeva and Natalia Platonova from Russia, Janina Hiller and Sophia Mueller from Germany and others - fell behind them. And a British pair Maiken Thorne - Mollie Grehan being in the lead after the qualification, came in only the seventh. In the final of the balance exercise, Ahmadova and Sultanova won the silver medals. It should be mentioned that our duet had been taking only the 6th place after the qualification. Yushko and Murashko won the “gold” in this kind of the program, and the “bronze” was won by Henrist and de Vos. And on the closing day of Euro-2009, Ahmadova and Sultanova took the 3rd place in the all-around final having taken the lead over the same rivals from Belgium, Germany, Ukraine and Russia. Here, the victory was celebrated by Belarus, and the 2nd place was taken by acrobats from Great Britain. Whatever you may say - this is a great success for Azerbaijani acrobatics. The pair’s coach, Irada Gurbanova, put her heart and soul into these girls, working and training with them day and night. This specialist had found and imparted some piquancy to the exercise which changed sportswomen from Baku Gymnastics School into the leaders of the European and world acrobatics. It is also worthy to mention Azerbaijani juniors, who made their debut at the event of such a high rank. For example, men’s pair Emil Yarahmadov - Elchin Mammadov reached the all-around final where took honorary 6th place, and our girls Parizad Guliyeva - Afag Maharramli also reached the all-around final and became the eighth.