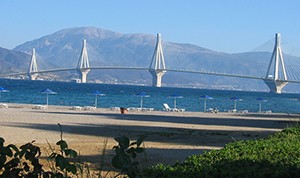 Significant anniversary of Azerbaijan Gymnastics Federation said. Five years ago, in response to numerous requests and wishes of the sports community Mehriban Aliyev headed this social organization. And all this time, while serving as president of the Federation is diverse, purposeful, productive work for the promotion, development of this wonderful sport of gymnastics in the implementation of the daily life of the population.
- You can say with full responsibility that as soon as the new composition of the federation, which represents the backbone of the coordinated, clearly conscious of the goals and objectives the team of like-minded, able to create a turning point - the director of the Sport and Concert Complex named after Heydar Aliyev, a member of the Executive Committee Federation of Rafiq Behbudov. - The country formed a different, more positive attitude to the gym, for decades, being in the unenviable role of Cinderella and was considered almost hopelessly behind the sport.
There were, of course, in Azerbaijan and the master, whose name sounded with respect to the All-Union and international arenas. But it was more like an exception to the rule. And even award the Olympic Games-92 Valery Belenky and delegation of the Soviet Union in the youth team in rhythmic gymnastics and Adele Mammadova Jana Tsaplina ugliness of the picture is not shade.
- Almost all had to start from scratch - says MP, a member of the Executive Committee of the Federation Rauf Aliyev. - In the beginning, lacked basic concepts and methods of conducting training camps and competitions. Worked at full capacity, gained experience, practice and gradually began to appear and the results: in the sports firmament blazed bright stars, each day shall be added skill and confidence. Talented grace of Azerbaijan is now widely known in the world gymnastics circles.
Today, with good reason, you can say, Gymnastics Federation of Azerbaijan is considered the undisputed leader in organizing and staging the work, she has achieved enormous success as a competitively-training aspect and the organizational and mass.
- And it would be good to our other federations - football, for example, basketball, swimming, - the deputy of Milli Mejlis Eyvaz Gurbanov - seriously to study the experience of the gymnasts, to adopt and develop the best, modern high class training, the organization of major international competitions.
It was nice to hear such compliments. However, I would like to emphasize that for their achievements - the consistent work of the staff of the federation.
- But, of course, there would be no trace of the definition of the coherence and purposefulness that now distinguishes our federation, - the vice-president Altay Hasanov - if Mehriban, despite his busy schedule, do not go in just about every little thing , did not show care and attention, and of course, for the strictness of any competition, any action.
Indeed, in a short time federation has carried out a number of major projects that have received high marks in the country and the wider international press. This, above all, the World Championships in rhythmic gymnastics, the first in the history of Azerbaijani sport tournament of such high rank, held in Baku. His organization and conduct of all member countries was called sverhobraztsovoy.
Championship was preceded by a visit to Baku leadership of the International Federation. Distinguished guests met with President of the National Olympic Committee, Ilham Aliyev, they are thoroughly acquainted with the arena for competition, exercise and rest conditions gymnasts and eventually signed a contract with satisfaction.
Two years later, Baku hosted the European Championships have also had won the most positive reviews in international sporting circles.