Azerbaijani acrobats in the international tournament 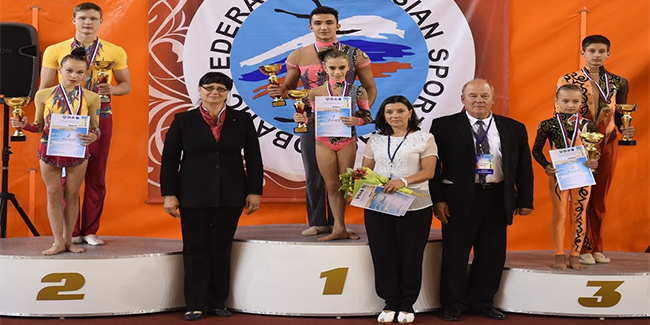 There has been held the “Volkov Cup” traditional international tournament in Acrobatic Gymnastics in Veliky Novgorod last weekend.

Along with athletes of the Post-Soviet states as Azerbaijan, Georgia, Ukraine, Belarus, Moldova, acrobats from Germany and Israel also gathered in the city located in the north-west of Russia.

Having received 84.100 points in total of 3 exercises, our mixed pair consisting of Nurjan Jabbarli and Aghasif Rahimov won the gold medal in junior age group 12-18.