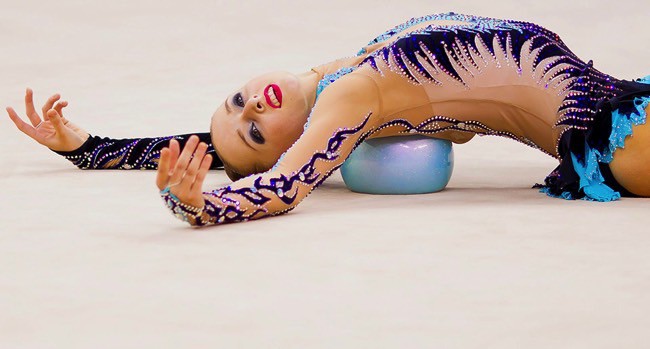 These events were remembered thanks to the bright performances of our gymnast Marina Durunda, who brought home two bronze medals. Azerbaijani national team’s leader and athlete ambassador of the upcoming European Games, Marina ranked third in exercises with ball and ribbon. Our gymnast also showed good results in the exercises with hoop and clubs, finishing fourth with these two apparatus. Following the results of four exercises, she ranked fifth.

Another "bronze" was won by junior gymnast Zhala Piriyeva in a performance with a rope during the international tournament, which took place in the framework of the World Cup.

An exercise with five balls, performed by our junior group team became another memorable moment of the tournament. Accompanied by the legendary pop king, Michael Jackson's song, this exercise, already popular in the gymnastics world, literally made the audience rise. Performance of Azerbaijani gymnasts who finished fourth was accompanied by a storm of applauses.