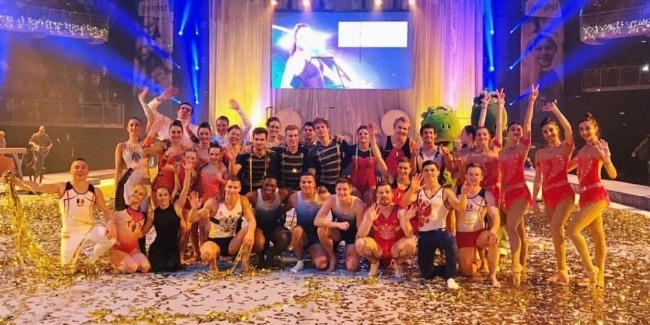 On December 15 & 16, the well-known faces in Gymnastics gathered together in the city of Antwerp, Belgium.

The winners of the World and European Championships as well as the Olympic stars presented their performances at Lotto Arena where the 20th “GymGala” took place. The Azerbaijani Rhythmic Gymnastics team in group exercises was also invited to the event. The fascinating performance of Siyana Vasileva, Diana Ahmadbayli, Zeynab Hummatova, Ayna Jafarova, and Aliya Pashayeva was warmly welcomed by the spectators.

The news about another Azerbaijani representative comes from Brazil. The choreographer of our National Rhythmic Gymnastics Team – Kamil Guliyev, being invited to share his experience, has been giving the choreography lessons to Brazilian gymnasts for the last few days. 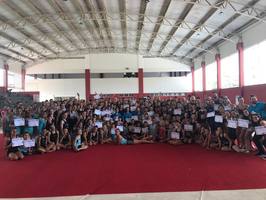