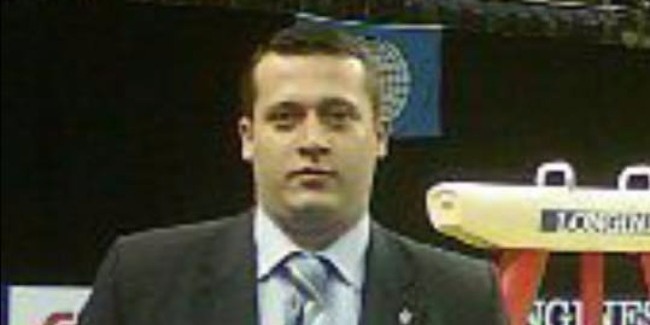 Rza Aliyev – holder of the international judging Brevet in Men`s and Women`s Artistic Gymnastics – was awarded in recognition of his “long term distinguished service” by the International Gymnastics Federation (FIG).

“Gold Diploma” was presented to our judge within the framework of the 49th Artistic Gymnastics World Championships in Stuttgart (Germany, October 4-13).

It should be mentioned that this diploma is awarded for the faultless activity at the Olympic Games, the World Championships, the Youth Olympic Games and the World Games within 16 years (4 Olympic Cycles).

It should be noted that Rza Aliyev is the holder of the FIG highest judging Brevet 1 in Men's Artistic Gymnastics for the first time in history of Azerbaijani Gymnastics.

We congratulate Rza Aliyev and wish him further successes in his activity!