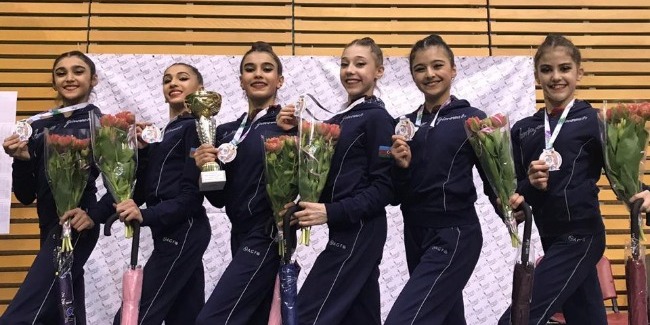 Last weekend, which was saturated with gymnastics events, our rhythmic gymnasts have represented Azerbaijan with dignity at the “Irina Cup” International Tournament held in Warsaw, Poland.

At the event, the first medal `s joy was brought by our National Team consisting of junior gymnasts in group exercises. As a result of their joint effort, Farida Safiyarzada, Milana Akbarova, Madina Asadova, Laman Alimuradova, Seljan Hajizada and Nazrin Jafarzada won the Tournament`s Gold medal in the All-Around.

Our individual gymnasts didn`t complete the events without medals as well. Thus, one of the junior and promising members of the Azerbaijani National Team – Narmina Samadova brought 3 medals to the Team. Our gymnast won the Gold medal having mounted the first step of the podium for her performance with clubs and a rope. In the All- Around, Narmina became the Bronze medalist.

Arzu Jalilova, who also demonstrated her routine successfully, was awarded with the Silver medal. 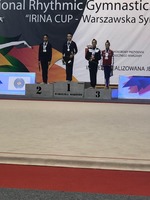