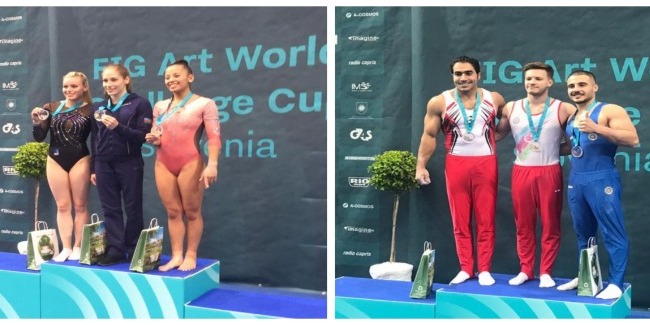 Thus, at the today`s finals, our National Anthem was sounded at “Bonifika” arena twice on one and the same day , as our gymnasts – Marina Nekrasova and Nikita Simonov won 2 Gold Medals.

The first gold medal was brought to the National Team`s medal box by Marina. Our gymnast left behind all her rivals, having received 14.475 points from the judges for her performance on her favourite apparatus - Vault.

Another Gold medal news came from Nikita. This time, the performance on Rings, enabled him to win the first place again. Having received 14.600 points from the judges, Nikita justified the expectations at maximum and ranked 1st.