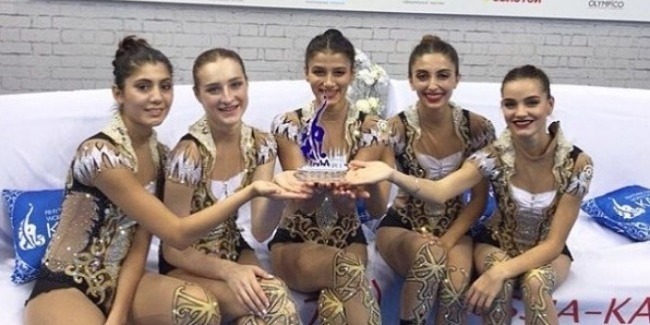 Prior to the start of the World Championships in Rhythmic Gymnastics (September 11-16, Bulgaria), there has come to an end the FIG World Challenge Cup Final in Kazan (Russia).

Aliya Pashayeva, Siyana Vasileva, Ayshan Bayramova, Diana Doman and Zeynab Hummatova representing our country within the team in group exercises succeeded to reach the final with 2 ropes and 3 balls among 20 countries in the tournament. Our girls ranked 7th (19.750 points) for their performance in the final.

According to the total results of all World Challenge Cup series organized within a year, Azerbaijani team in group exercises, having left behind all its rivals, became a winner with 3 Balls and 2 Ropes – for the composition which repeatedly brought them medals.

We congratulate our girls and wish them successes for the upcoming World Championships.