Azerbaijani team ranks fifth at the World Championships in Izmir 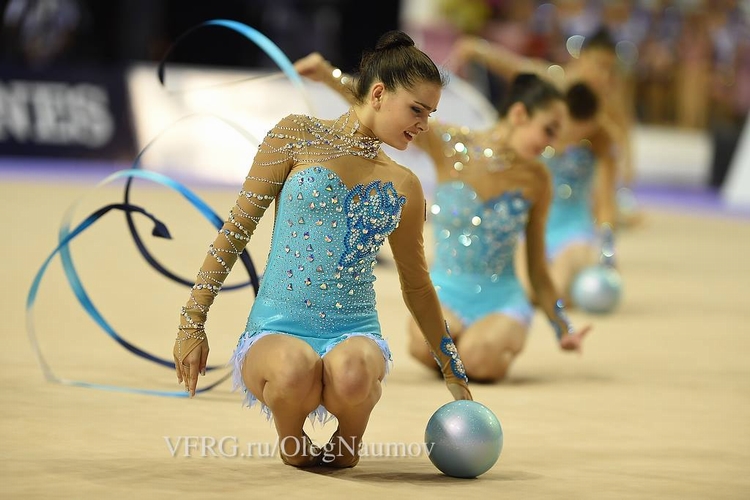 Azerbaijani national rhythmic gymnastics completed its performance at the World Championships, which was held in Izmir on September 22-28.

Performing in the qualifying day, our group team of Sabina Abbasova, Siyana Vasileva, Diana Doman, Aliya Pashayeva, Aynur Mustafaeva and Aleksandra Platonova showed performances with ten clubs and composition of the 3 balls + 2 ribbons, and made it to the both finals, whereas at the previous world championships they reached only one final.

Receiving 15,416 points from the judges for performance with clubs and 16,608 points for the "3 balls + 2 ribbons", our group team took the eighth position. Another significant result for our team was the 6th place of Marina Durunda in the individual all-around.

In the team competition, our team rose to the fifth position with the results of 132,648 points, and stood slightly behind the owners of the fourth and third places - Israel and Ukraine. The Russian national team, gaining a grand total of 147,914 points has collected most of the "gold".