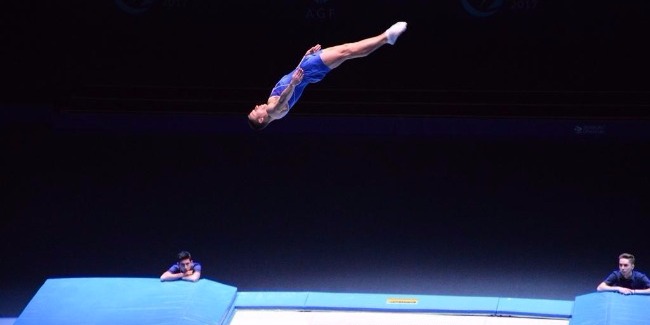 Azerbaijani trampoline gymnast Ilya Grishunin advanced to the final in the World Cup in Trampoline Gymnastics and Tumbling in Baku on February 18.