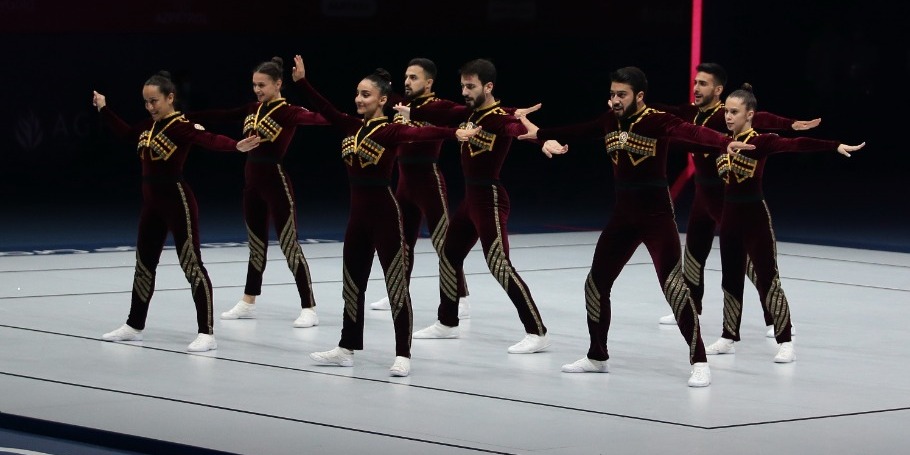 The Azerbaijani gymnasts have reached the three Finals in the Qualifications which was held within the framework of the Aerobic Gymnastics World Championships today.

Vladimir Dolmatov, who represented our country in the Individual program, also reached the Finals of the Championships, in which the strongest athletes in the world competed in.

Other gymnasts who will represent Azerbaijan in tomorrow's Finals will perform within the Groups program. Five gymnasts - Vladimir Dolmatov, Imran Imranov, Balakhanim Ahmadova, Khoshgadam Guliyeva and Narmina Huseynova, will execute their performances among the top eight Groups.