BAKU - IS THE EUROPEAN CAPITAL OF RHYTHMIC GYMNASTICS IN 2014 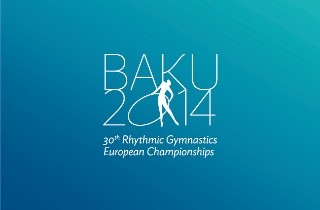 The event's logo was presented at the last meeting of the Organizing Committee of the European Rhythmic Gymnastics Championships to be held in Baku on June 13-15 this year.

“BAKU 2014” brand is the Championships' official logo promoting both the capital of Azerbaijan and the event itself on the international level. A girl with a hoop depicted on the logo reflects the Championships and reinforces status of Baku as the European rhythmic gymnastics capital in 2014. A color of the sea was chosen as the brand identity color based on the geographical location of Baku on the coast of the Caspian Sea.

It should be mentioned that the European Championships will be held at the National Gymnastics Arena situated near "Koroghlu" underground station and which is under final construction. The delegations of participating countries, expected to be over 30, will be accommodated in the prospective Olympic village - built for the first European Games-2015 - opposite the competitions venue.

The European Championships to be covered by both local and foreign mass media. As to the members of the press (TV, journalists, photographers, electronic mass media, bloggers, etc.), they can pass online accreditation via the website of the European Union of Gymnastics on the following link - fedintgym.com/mediamanager/.