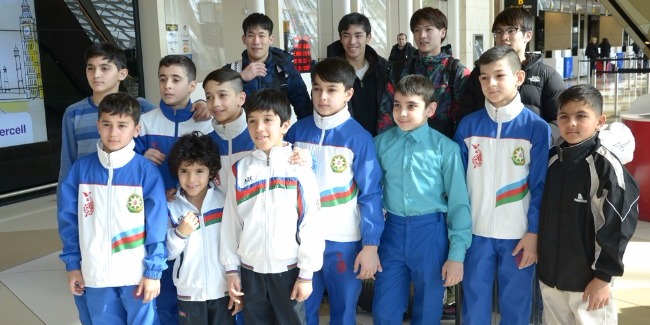 The FIG World Challenge Cup in Artistic Gymnastics to commence in Baku in few days. While Milli Gimnastika Arenasi (National Gymnastics Arena) and the corresponding services of Azerbaijan Gymnastics Federation (AGF) are getting prepared to host the guests from 18 countries, the name of the national teams, which are among the first to arrive in the Azerbaijani capital, has already become known. So, the Swedish and Japanese teams will get their accreditation for full-fledged participation in the competition on February 16. However, national teams of Uzbekistan and Israel, arrived at a training camp in Baku long before the start of the tournament, has left behind the Scandinavians and the representatives of the Land of the Rising Sun in this contest.

The World Cup is a major event in the worldwide gymnastics calendar. Therefore, International Federation of Gymnastics (FIG) delegates to Baku its representative – member of the Technical Committee in Men’s Artistic Gymnastics from Germany, Albrecht Holger, who follows the course of the events with German precision and controls the objectivity of judges in this subjective sports discipline. President of the FIG Technical Committee in Women’s Artistic Gymnastics, Olympic Champion Nellie Kim (Belarus) will also visit Baku.

Baku tournament will be in the limelight of local and foreign mass media. It is expected that the World Cup will widely be covered in Japan, which delegates a team of reporters and television journalists.

According to Secretary General of Azerbaijan Gymnastics Federation, Farid Gayibov, the tournament promises to be run at the highest organizational level. “Everything is ready: from meeting at the airport to the last award. I hope that our team will coordinately work during the days of the competitions and everybody will leave with good impressions,” he said.

Speaking about the participation of our athletes, he expressed his confidence that both men’s and women’s teams will thrill the Artistic Gymnastics fans with their performances. I also call all fans to fill the MGA’s stands on February19-21, support our participants and experience this gymnastics festival together with us!”, AGF Secretary General concluded.