Competitions in aerobics wrapped up in Azerbaijan 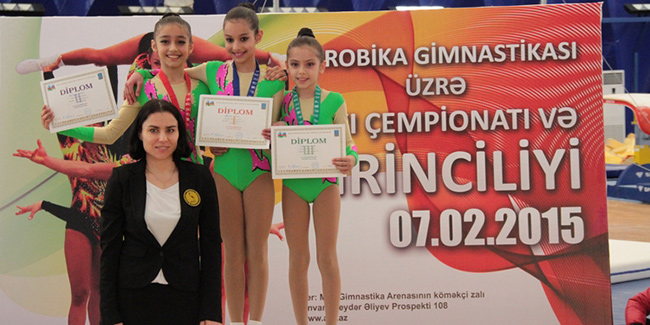 Despite the fact that our country holds competitions in this sport for the first time, the hall of the National Gymnastics Arena was incredibly full. Young and old - everyone came to support the gymnasts. Perhaps that is why a warm atmosphere was in the hall.

It is worth noting that the championships were held at the highest level and the gymnasts were well prepared. Those out of the competition due to the absence of the license of the International Gymnastics Federation were among the participants.

Aerobics was officially recognized as a discipline at the 70th Congress of the International Gymnastics Federation in 1996 and since then it has been widely disseminated throughout the world.

In Azerbaijan, aerobics got its development since last year, and this year, this gymnastic discipline will be presented at the Open Championships of the country, as well as at the European Games. On these sporting events, a group of five people and a mixed pair will represent the country.