Country's Championship in acrobatic gymnastics due in Baku 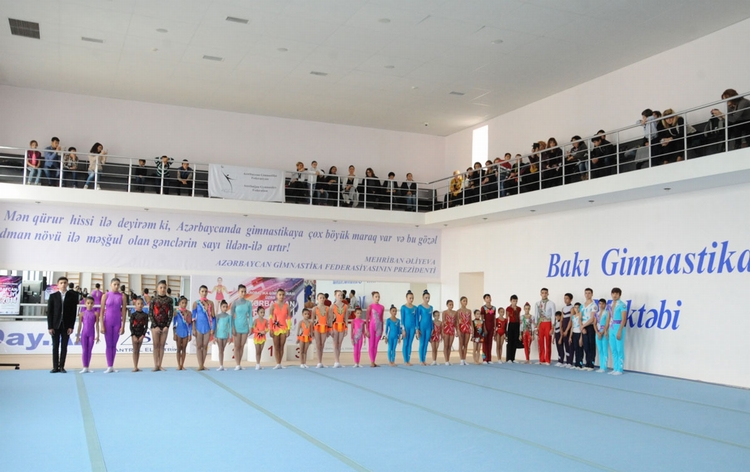 A 21st Azerbaijan’s Championship in acrobatics wrapped up in the Baku Gymnastics School (BGM) yesterday. More than 30 participants representing BGM, sports school of Nizami district and "Neftchi" club competed for the four sets of awards.

Spectators and visitors of the competitions provided gymnasts performing on the stage with a stormy support.

A mixed exercise performed by female trio Aynur Huseynova - Narmin Ramazanova - Lala Huseynova become the memorable moment of the championship. Performing out of the competition, our acrobats who will represent the country at the 2015 European Games in Baku, showed clear elements and fascinated all those present in the hall.

The detailed results of the competition can be found on our website www.agf.az