The tense contest and the Silver medal 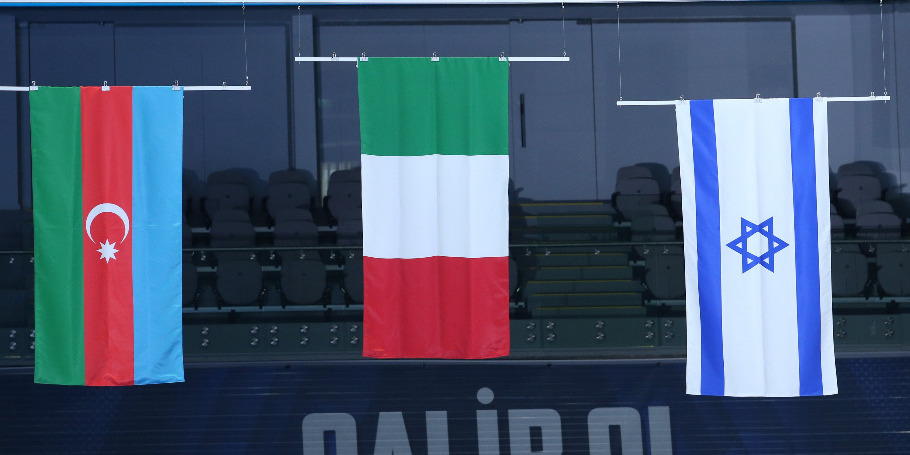 The second day of the World Cup held at “Milli Gimnastika Arenasi” (National Gymnastics Arena) with a participation of 126 gymnasts from 31 countries, was remembered with the Silver medal of the Azerbaijani team in group exercises. Our team consisting of Gullu Aghalarzade, Laman Alimuradova, Kamilla Aliyeva, Zeynab Hummatova, Yelyzaveta Luzan and Darya Sorokina took the second place (63,650) in the All-Around. It should be mentioned that our gymnasts were 2nd with 33,050 points for their performances with 5 Hoops yesterday, repeated the same result with 3 ribbons and 2 balls today. They won the Silver medal and reached the apparatus finals, which will be held tomorrow.
Today, the winners in the individual All-Around competitions have also been determined. Arzu Jalilova, Silver and Bronze medalist of the World Championships among juniors and Bronze medalist of the European Championships, and Zohra Aghamirova, winner of the 4th Islamic Solidarity Games, two-time Silver medalist of the Summer Universiade, participant of the Summer Olympic Games Tokyo-2020 took the 6th and 7th places accordingly.
Both of our athletes will compete in the apparatus finals tomorrow. Arzu Jalilova will present the program with a Hoop, a Ball and a Ribbon and Zohra Aghamirova with a Hoop and Clubs.
Traditionally, AGF Trophy Cup will be presented to the gymnast and team in group exercises received the highest execution score from the judges at the World Cup.
The World Cup will come to an end tomorrow. 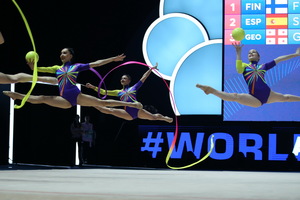 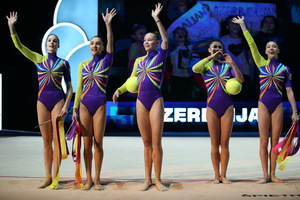 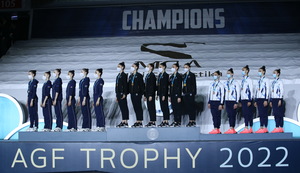 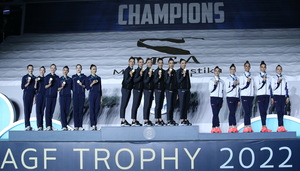 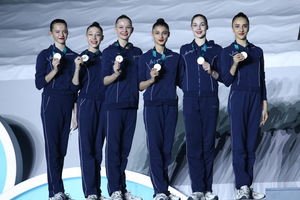