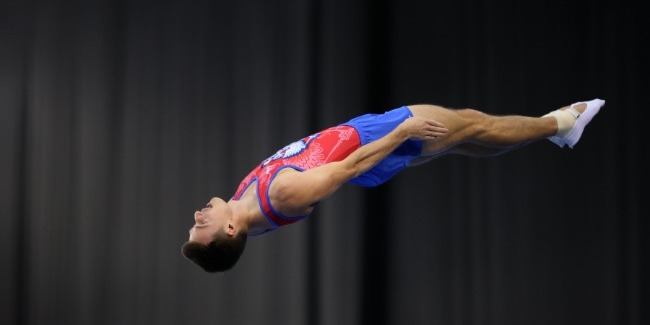 The FIG World Cup in Trampoline Gymnastics and Tumbling is started at the National Gymnastics Arena in Baku.

Before the start of the competitions, the National Anthem of Azerbaijan was sounded.

On the first day of the competitions, there will be qualifications among men and women in the individual and synchronized program on trampoline and tumbling.

The World Cup in Trampoline Gymnastics and Tumbling is held at the National Gymnastics Arena in Baku on February 15-16. The competitions, which are licensed for the Tokyo Olympics 2020, have brought together 150 gymnasts from 30 countries.