FIRST MEDALS OF THE OLYMPIC SEASON 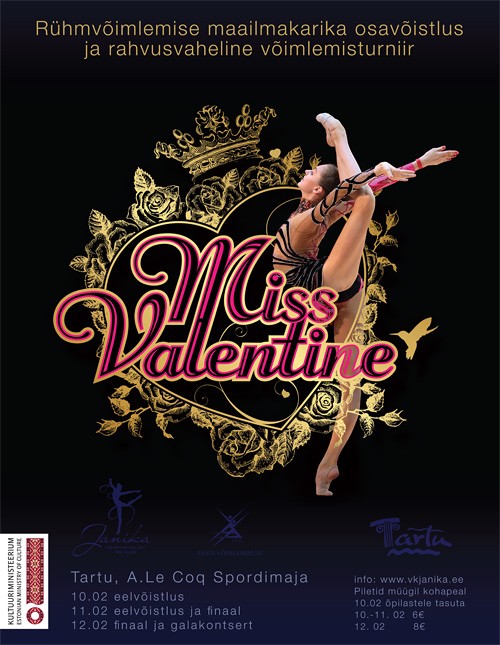 Azerbaijani gymnasts have won first medals at the official opening of the new Olympic season – at the “Miss Valentine” traditional international tournament held in Estonian Tartu on the Eve of Saint Valentine’s day.
According to the press service of Azerbaijan Gymnastics Federation, the sportswomen took 14 medals of different values in total and almost half of them are gold – 6!
The national team’s leader, Aliya Garayeva, proved her high status having won the “gold” with a ball and a ribbon, as well as the “silver” with a hoop and clubs.
The juniors – Nilufar Niftaliyeva (born in 1998) and Zhala Piriyeva’s (2000) performances were also a match for the prospective participant of the Olympic Games. A 12-year-old gymnast took the first places with a ball and clubs, and became the second with a hoop. And the elder sportswoman won a victory in exercises with a hoop and clubs, and concluded the tournament with the “silver” for her performance with a ribbon.
And the performances of a gymnast of the same age Gulsum Shafizada  were less successful. She took the “silver” with a ball and the “bronze” with a ribbon.
Another junior – a 15-year-old Yekaterina Prokopenko shared the second place with the floor’s hostess in a combination with a ribbon.
“Finally, the last medals from Tartu were taken by the gymnasts born in 1999 from the junior group,” Mariana Vasileva, the head coach of the country’s national team, informed. The debut of Narmina Huseynova, Mehpara Mansurova, Samira Alizada, Sabina Alizada and Jannat Mammadova on the international arena turned out to be quite successful after the performance of an exercise with 5 balls – the 2nd place.
“All our participants tested their new programs and I am contented with the results. I think this is an optimistic beginning of the year for Garayeva and juniors who are preparing for the European Championships to be held in Nizhny Novgorod in June,” Mariana Vasileva summed up.