For the first time in the finals: European Championships ends in Montpellier 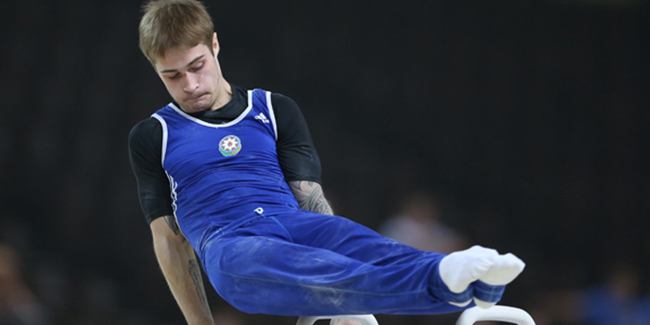 Azerbaijani gymnasts successfully performed at the European Championships in men's and women's artistic gymnastics, which ended yesterday in the French city of Montpellier. For the first time our gymnasts competed in the final of the continental championships.

Reaching all-around finals, Oleg Stepko and Petro Pakhnyuk also defended the right to compete in the finals on the parallel bars. It is worth noting that Oleg came second in the qualifying stage of all-round, leaving behind most of the competitors.

Moreover, Stepko reached the finals on the pommel horse, where he ranked sixth. Performing on the parallel bars, Oleg stopped in fourth position.