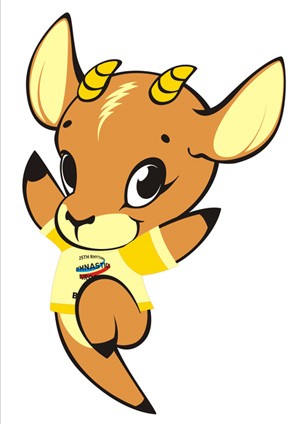 31 countries have sent their provisional entries for participation in the 25th European Championships in rhythmic gymnastics to be held in Baku on May 15-17, 2009. These countries are: Austria, Belgium, Belarus, Bulgaria, Croatia, Cyprus, the Czech Republic, Estonia, Finland, France, Great Britain, Germany, Greece, Hungary, Israel, Italy, Latvia, Lithuania, Moldova, Holland, Norway, Poland, Portugal, Romania, Russia, Serbia, Slovenia, Slovakia, Sweden, Ukraine and, naturally, Azerbaijan. This information was given to the press service of Azerbaijan Gymnastics Federation by the secretariat of the European Union of Gymnastics (UEG) in Lausanne.

Gymnasts of 30 countries will perform in the individual tournament, and 18 teams of the Old World will take part in the competitions of junior groups.

Each country may be represented by 3 individual sportswomen with one reserve gymnast and junior team in group exercises.

The preliminary schedule Euro-2009 reads that a European champion in a team competition will be defined within the first two days of championships (May 15-16). And the best national team in group exercises with 5 ribbons and a winner among individual gymnasts in separate finals (a rope, a hoop, a ball and a ribbon) will be announced on the last day of the competitions.

Euro-2009 will be the first important event in a new Olympic cycle. The competitions of the continent’s best gymnasts, by tradition, will take place at Sports Concert Complex named after Heydar Aliyev.

The official logo of European Championships in Baku, on which the colors of the national banner of Azerbaijan are used, has been called “Vortex of emotions”. After all, a championship is not only a sports event. For Baku – it is the remarkable event, for sportswomen – it is the place, where their hopes come true, new “stars” come out. There happens what they wait, for the sake of which they train for a long time. And there are dreams, hopes and emotions in this vortex.

And the talisman of the gymnasts’ European tournament in Baku will be a merry and nice gazelle. Baku Euro-2009 talisman, called “GÖZƏL” (“Beauty”), will accompany all the participants in the course of championships.