GETTING CLOTHER TO THE PODIUM… 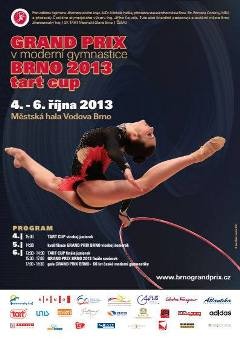 An Azerbaijani gymnast Marina Durunda has completed with the fourth result another performance in the events of the Grand Prix series held in According to the press service of Azerbaijan Gymnastics Federation, one of the national team's leaders reached all the finals with separate apparatus. Durunda stopped just a step away from bronze having taken the 4th place in the compositions with a hoop, a ball and a ribbon. And one and a half minutes' performance with clubs brought her the 8th place. As to the all-around, Marina won the 6th position there.

A second Azerbaijani (participant) competitor Lala Yusifova also took the 4th place at the Grand Prix. However, this result was achieved by her only in one exercise – in the final with clubs. In other compositions, she became the sixth with a ball, twice the seventh with a hoop and a ribbon, and the ninth - in the all-around.

And the first places at the Czech Grand Prix were taken by a Russian-Belarusian trio consisting of Margarita Mamun, Darya Svatkovskaya and Melitina Stanyuta.