Our gymnast wins the Bronze medal at the World Cup 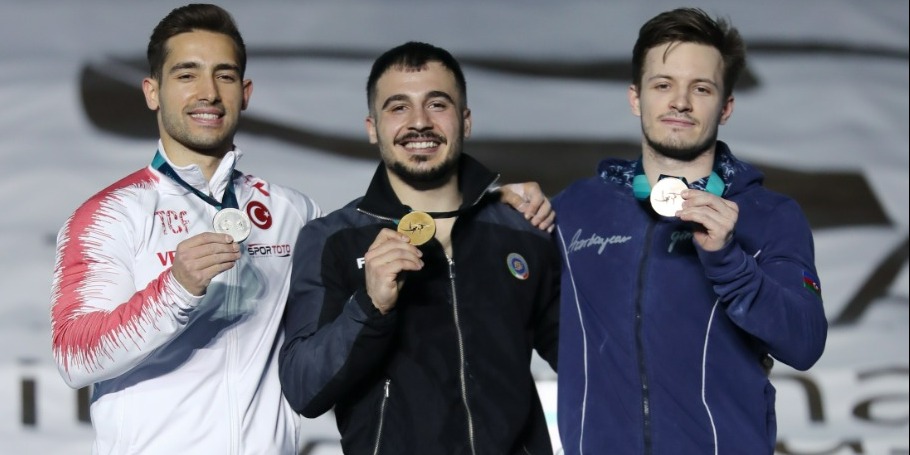 The FIG Artistic Gymnastics Apparatus World Cup held in our country is going on. Today, there were held the Finals of the competition. In the Finals, the winners were determined among men on Parallel Bars & Rings and women on Vault & Uneven Bars.
Our representative - Nikita Simonov successfully performed on Rings and won the “Bronze” for our team.  He received 14,500 points from the judges in the final stage.
A member of our National Team - Ivan Tikhonov, representing Azerbaijan on Parallel Bars, ranked 7th with 13,833 points on the decisive stage.
At the end of the Award Ceremony, three best results out of 4 defined the holders of the FIG Cup on separate Apparatus: Artyom Dolgopyat (Israel) - Floor Exercises, Ilya Kovtun (Ukraine) - Parallel Bars among men; Oksana Chusovitina (Uzbekistan) - Vault & Daniela Batrona (Ukraine) - Uneven Bars among women.
In the tournament, the traditional “AGF Trophy” was presented to the gymnasts who received the highest execution score:  Georgieva Valentina (Bulgaria) and Ioane Jimsheleishvili (Georgia)
Tomorrow’s finals will determine the winners among men on Vault, Pommel Horse & Horizontal Bar while women will perform execute on Balance Beam & Floor Exercises.
The final results of the competition are available on our website (www.agf.az). 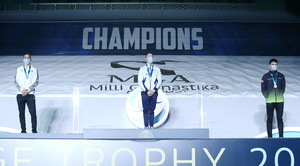 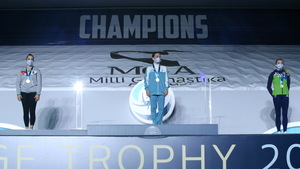 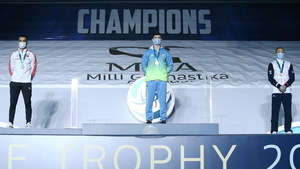 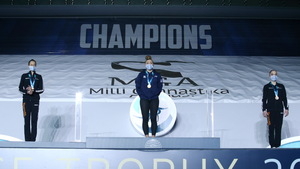 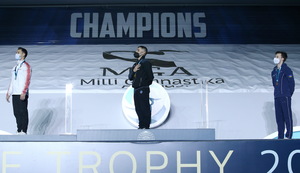 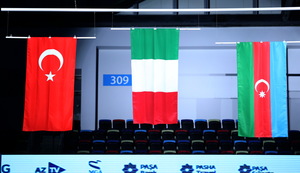 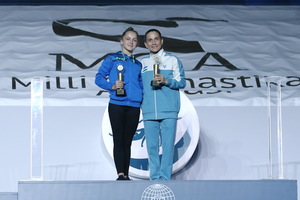