Our gymnast is honored with award 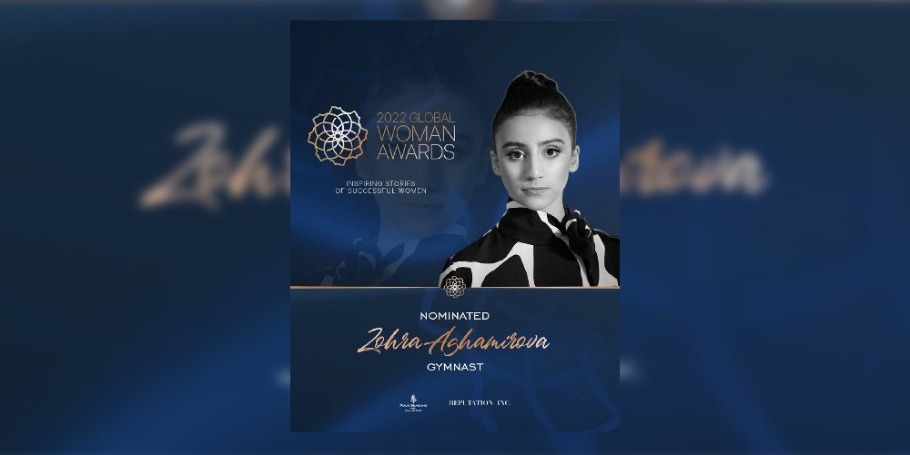 “Global Woman Summit” held a Gala event at the Four Seasons Hotel on March 23.
Along with Azerbaijan, the summit brought together influential women creative professionals, economists, scientists, doctors, athletes and founders of various brands from Turkey, Kazakhstan, Spain, Switzerland, Iran, the United Arab Emirates, Tunisia, Qatar and other countries.
The main goal of the summit was to highlight women's achievements in various fields and to inspire them to succeed in their activities.
It is gratifying that Zohra Aghamirova - winner of the 4th Islamic Solidarity Games in Rhythmic Gymnastics, two-time Silver medalist of the Summer Universiade, the first Azerbaijani gymnast in history of Azerbaijani Rhythmic gymnastics to participate in the individual program at the Olympic Games, was awarded in the nomination of “Successful Gymnast”.