GYMNASTICS STRIDES ON EXPANSES OF THE EUROPEAN GAMES 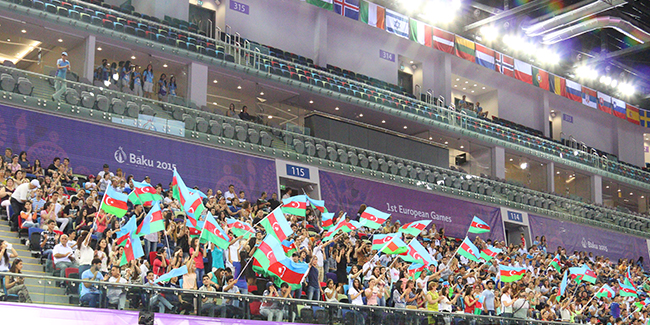 Competitions in Men’s and Women’s Artistic Gymnastics will be held at Milli Gimnastika Arenası (National Gymnastics Arena) today and tomorrow.

It should be mentioned that about 180 gymnasts from 37 countries will compete in Artistic Gymnastics events of the First European Games held in Baku. It should also be added that national banners of Germany, Israel, Switzerland, Israel and Denmark were carried by artistic gymnasts during the Opening Ceremony of the First European Games. Famous athletes like a prize-winner of the Olympic Games, the World and European Championships Fabian Hambuechen (Germany), a gold medalist of the European Championships’ Giulia Steingruber (Switzerland) as well as a European Champion and bronze medalist of the World Championships Alexander Shatilov (Israel) were among those athletes. It proves a high prestige of gymnastics in the world, and, especially, on the European continent.

During one-week competitions at Milli Gimnastika Arenası, the gymnasts will compete for 14 sets of medals, eight of which will be competed by men and 6 by women.