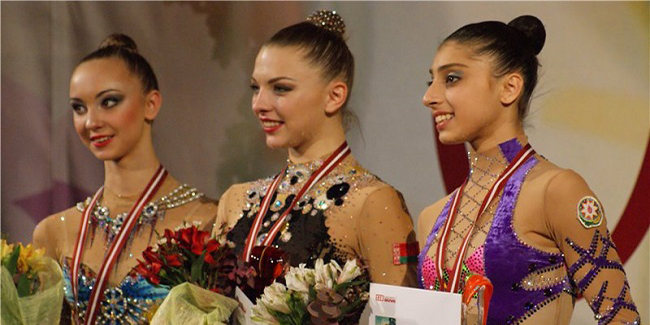 Two international rhythmic gymnastics tournament wrapped up in Latvia and Spain this weekend.

Our another gymnast, Zeyneb Celep ranked eighth in the all-around events and  with a hoop. Performing with five balls, junior group team became the fourth.

Meanwhile, in the South, in Barcelona, ​​Spain, the Azerbaijani gymnast Marina Durunda participated in another international tournament, where she achieved the best result in the exercise with clubs (3rd place).