HISTORICAL SILVER MEDALS OF ACROBATS! – ON WORLD LEVEL THIS TIME 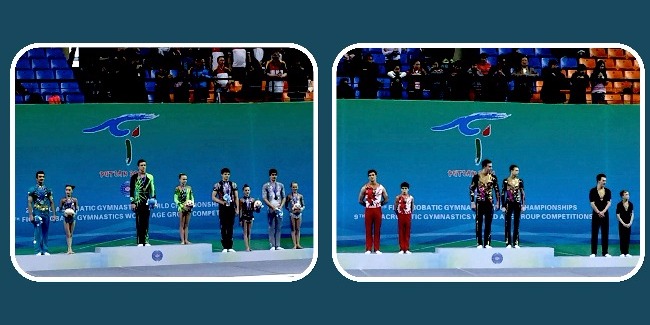 Azerbaijani acrobats have won 2 silver medals at the Acrobatic Gymnastics World Age Group Competitions came to an end today in Putian city (China), where the country was represented in age groups 12-18 and 13-19.

The first “silver” was brought to the country by an Azerbaijani Mixed Pair consisting of Aghasif Rahimov and Nurjan Jabbarli (age group 12-18), who won the 2nd place in final of combined exercise having received 27.650 points from the judges. The winner of the competition, a Russian duet (28.050) took just 0.35 points lead over our Mixed Pair. And acrobats from Great Britain and Kazakhstan shared the 3rd place (27.350).

Following the Mixed Pair, Men’s Pair - Seymur Jafarov and Murad Akparov - (age group 13-19), having received 27.500 points for their combined exercise, was awarded with “silver”. The 1st and 3rd places were taken by gymnasts from Russia (28.050) and Great Britain (27.000) respectively.

Within six months after the European Age Group Competitions, both our Mixed Pair, which won the bronze medal, succeeded to improve its performance and achieve a better result, and Men’s Pair to preserve the second place at a higher age category (previously performed within age group 12-18) at this kind of competitions at the world level for the first time in history of Azerbaijan’s acrobatics gymnastics.

Another Mixed Pair from Azerbaijan consisting of Abdulla Al-Mashaykhi and Ruhidil Gurbanli, who made a debut at such a large-scale event, also showed good results. Receiving 53.100 points in total of two exercises at the qualifications, the pair gave its place to the duet from Spain, as only one pair per each country may participate in the finals according to the rules.

We congratulate acrobats, coaches and whole gymnastics community on this great success on the international arena. 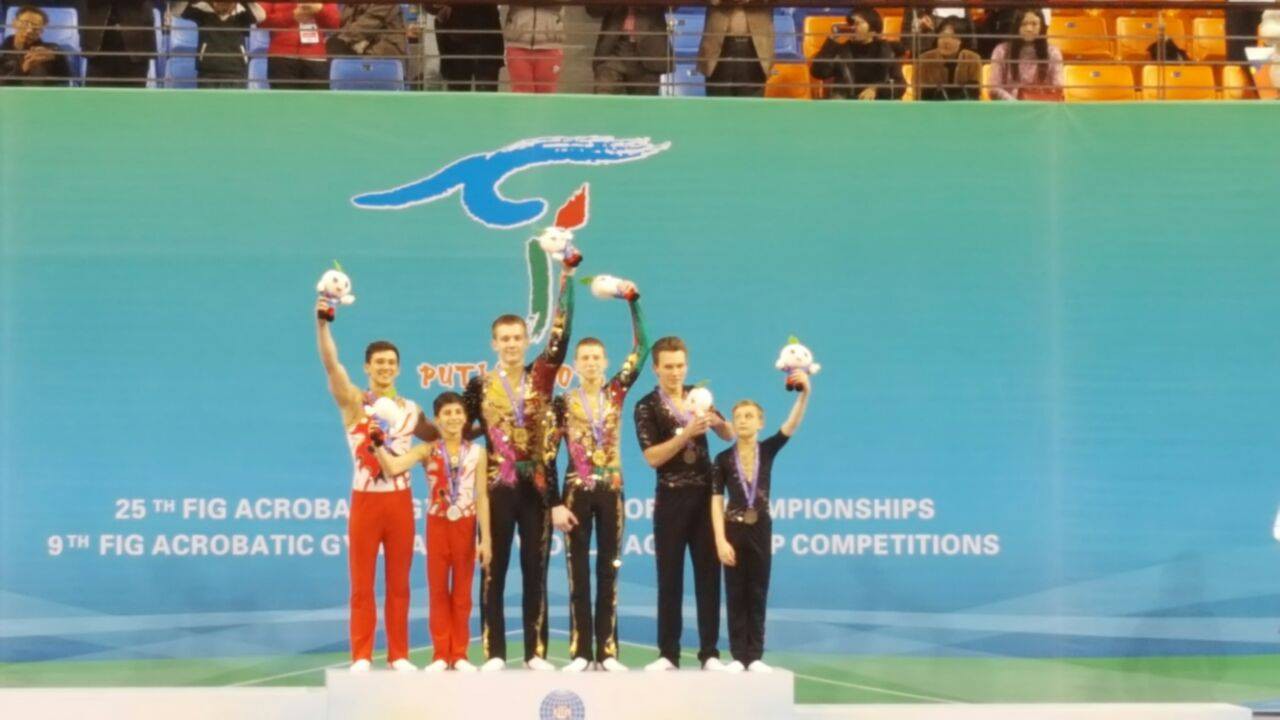 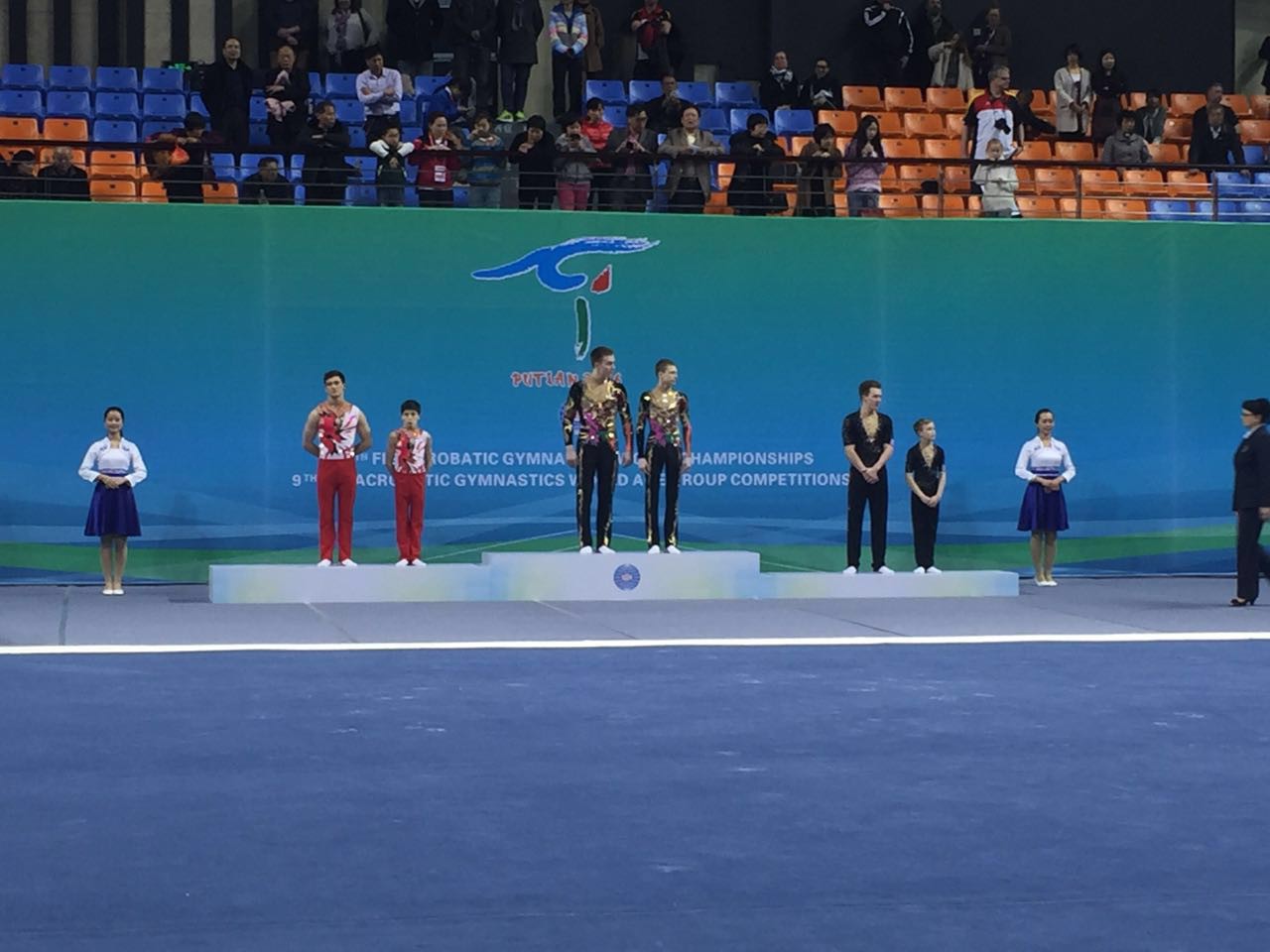 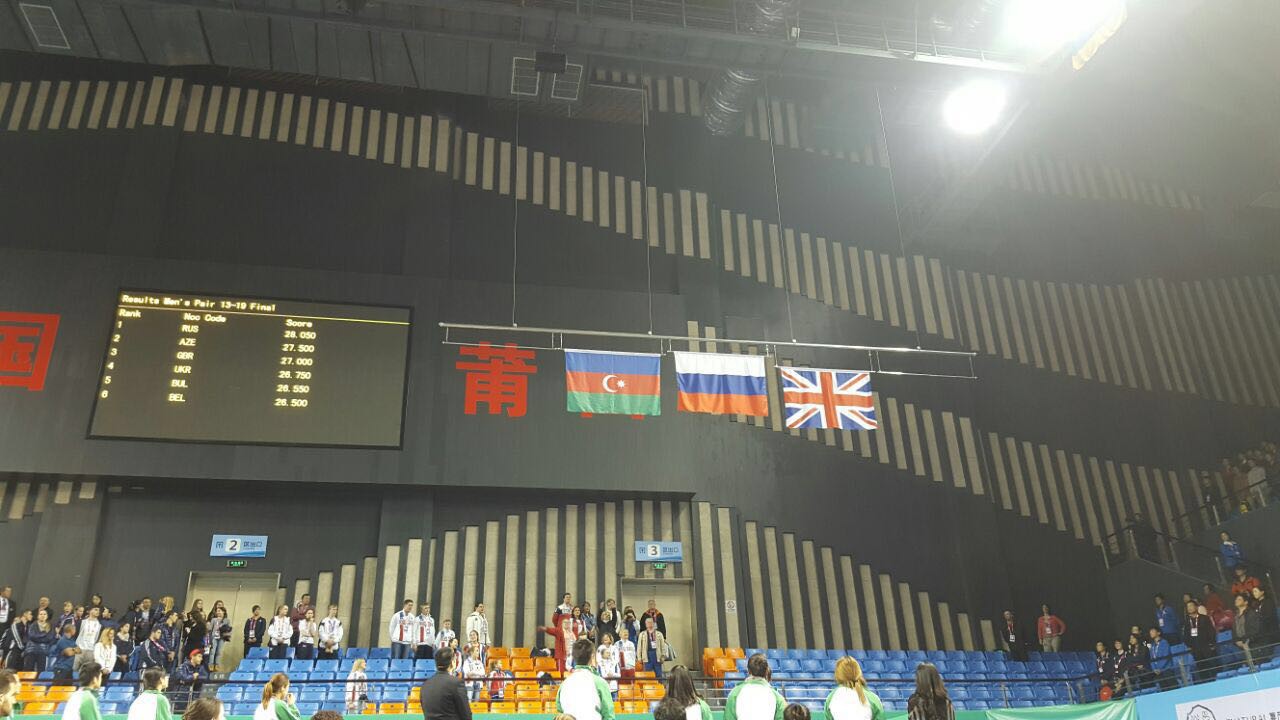 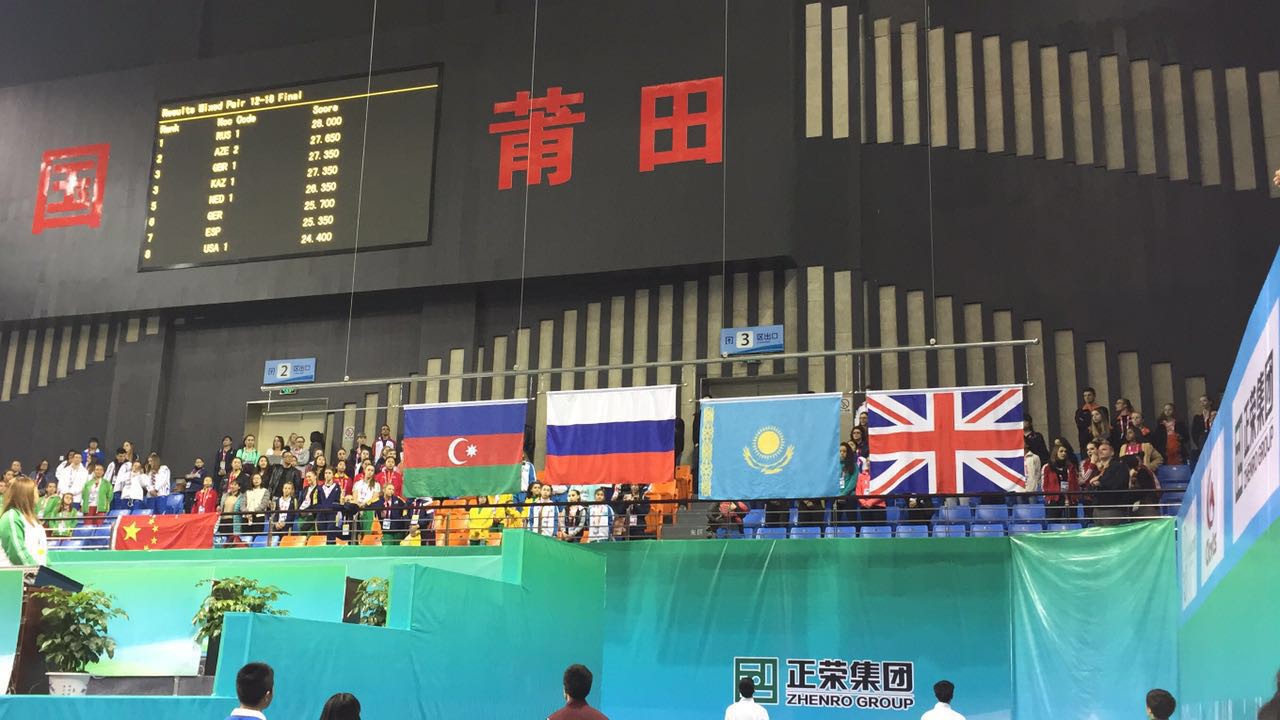 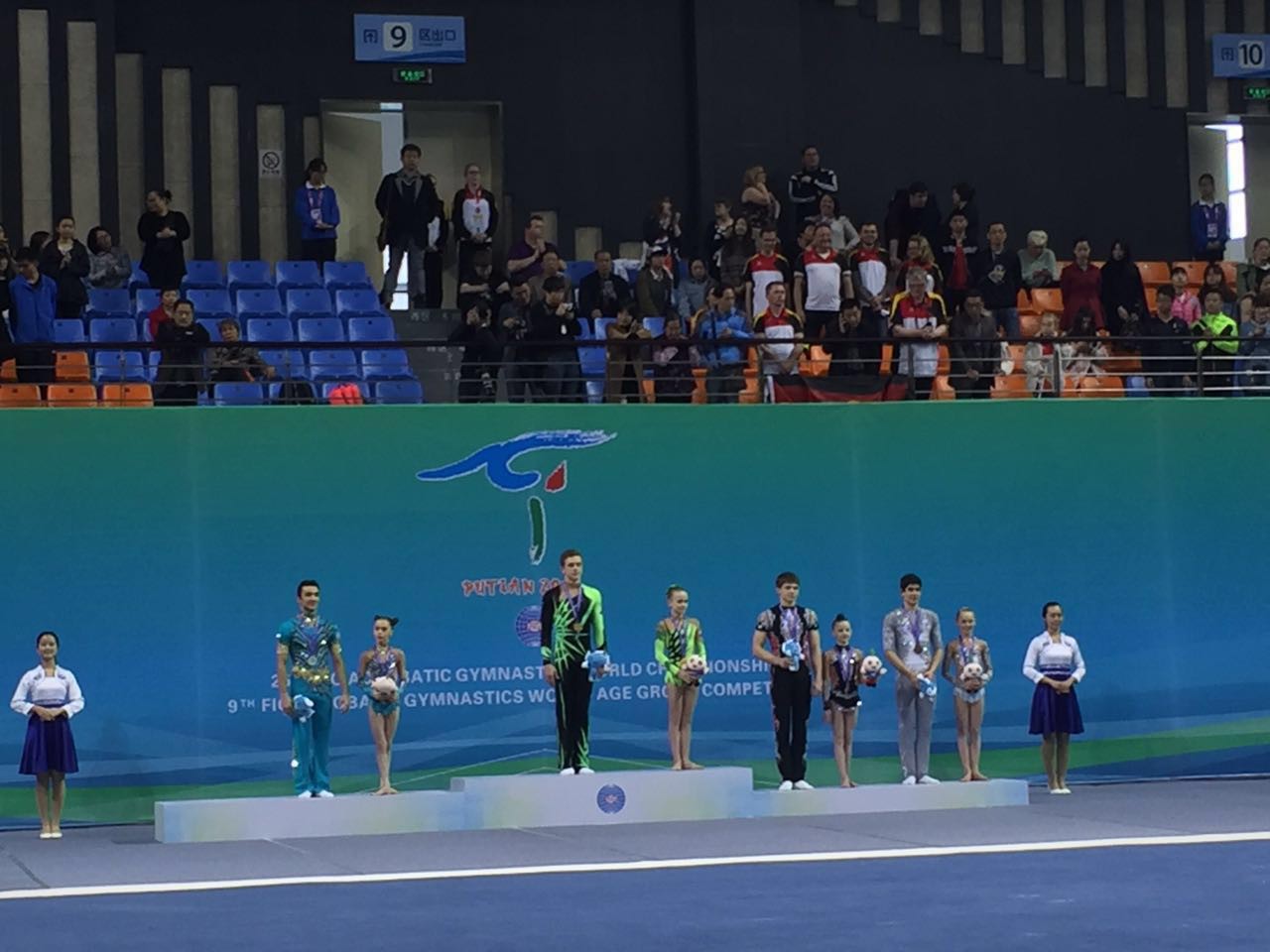