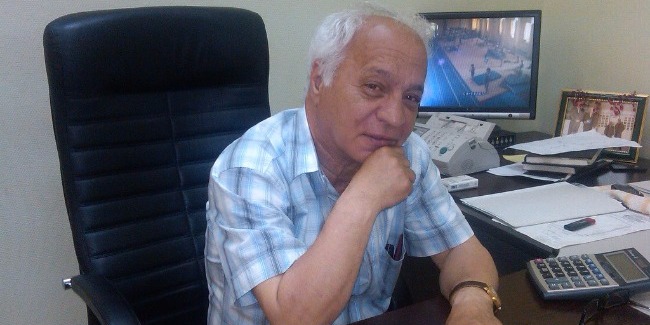 Today, honoured sports figure Gafarov Arif Mukhtar oghlu has passed away at the age of 69.

Having greatly contributed to the formation of traditions in acrobatic gymnastics in Azerbaijan as a coach, A. Gafarov mainly devoted his life to sport and was awarded with the title of the honoured master of sports, honoured coach and honoured sports figure in various years. Within the period from 1989 to 2013, he worked as a director of Baku Gymnastics School, and, as the valuable specialist, contributed to the development of gymnastics.

A. Gafarov was elected to the Executive Committee of Azerbaijan Gymnastics Federation in 2002, 2006 and 2010 years. During this period, his activity was highly appreciated and he was awarded with the Gold medal by the federation in 2015.

On behalf of the whole gymnastics community, the collective of Azerbaijan Gymnastics Federation, expresses its condolences to his family and friends, and reveres his memory with the deepest sorrow.