HOW PLEASANT TO HEAR THIS MEDALS’ CLANGING!.. 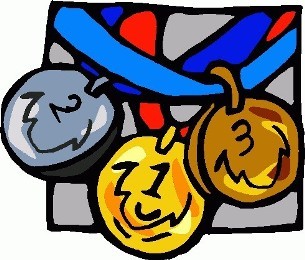 123 medals have been won by Azerbaijani gymnasts in this Olympic year which is soon over. There are 41 gold medals, 45 silver and 37 bronze ones among them.

According to the press service of Azerbaijan Gymnastics Federation, the major title gained is Aliya Garayeva’s bronze medal in the all-around of the European Championships in Nizhny Novgorod. In total, the national team’s leader entered 17 medals of different value on her credit side (3 gold medals, 6 silver and 8 bronze ones).

The same amount of awards won by a 14-year old Baku sportswoman Nilufar Niftaliyeva. She also has a right to be proud of the “bronze” at Euro-2012 and victories at the “Children of Asia” International Sports Games held in Yakutsk. The general medal correlation is as follows: 5-5-7.

The name of another promising junior gymnast Gulsum Shafizada who also won one bronze medal at the European Championships in Russia should also be mentioned.

As to another gymnastics disciplines, women’s pairs of acrobats Afag Maharamli-Parizad Quliyeva, Aynur Huseynova-Narmin Ramazanova, Lala Huseynova-Khoshgadam Guliyeva, as well as jumpers on the acrobatic track Mikhail Malkin became the prize-winners of various events, and Shakir Shikhaliyev took part in the artistic gymnasts’ event at the London Olymp[ic Games for the first time since Azerbaijan gained its independence.

The results of year have also been summed up by the Ministry of Youth and Sports of Azerbaijan. Judges in rhythmic and artistic gymnastics Natalya Bulanova and Rza Aliyev are also among the country’s top ten referees accordingly.