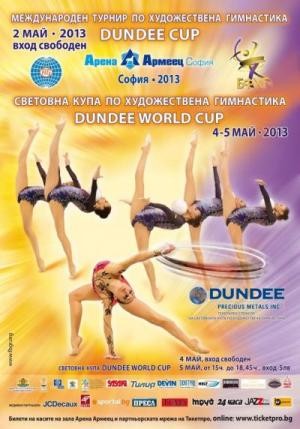 A junior group team of Azerbaijan has taken the 5th place in the all-around in the course of international tournament held within the framework of another Word Cup Series held in Sofia.

According to the press service of Azerbaijan Gymnastics Federation, our team received 31.45 points in total of two exercises with 5 hoops and they needed only 0.4 points more to complete the minimum goal - the bronze level.

The senior group team of the country was also marked with performances in the finals in Sofia. Becoming the 6th in the all-around, the girls repeated their result in the exercise with 5 pairs of clubs and also became the 7th in the combination of 3 balls / 2 ribbons.

The next course is Minsk. Another World Cup series and the last one before the European Championships (Vienna, May 31 – June 2) will be held in the Belarusian capital on May 17-19, where Yusifova, Durunda and the group team have to improve their rating according to the coach staff of the National Team.