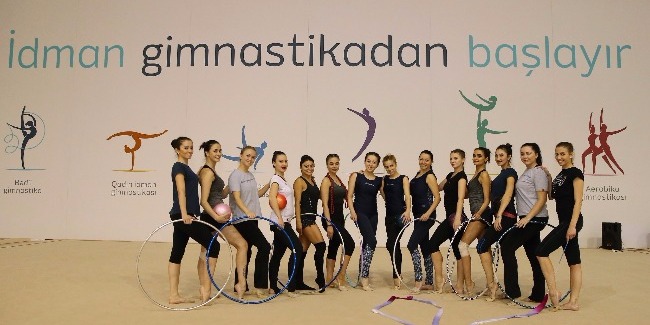 At the end of the tournament, the Arena had a real gymnastics enthusiasm. At the "Golden Age" show, the audience watched the exercises not of the young gymnasts but their coaches on the Field of Play this time. Along with the national team coaches, rhythmic gymnastics specialists from other clubs were training to prepare for the great show for several days. No matter how extremely excited the coaches were to perform on the Field of Play in front of their  gymnasts, they succeeded to meet this challenge.

The most unexpected performance was demonstrated by the Head Coach of the Rhythmic Gymnastics National Team, Mariana Vasileva. After 27 years, stepping on the floor with the real gymnast’s posture to the music “Baghishla” (Forgive) by the Azerbaijani great composer, Emin Sabitoghlu, M. Vasileva created a wonderful composition  combining the harmony of of elegance with the complicated elements. The spectacular performance of our Head Coach, which enchanted all the spectators, was applauded to the echo and the four day joint event has come to an end in a glorious mood.